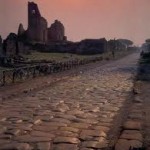 Via Appia, All Roads Lead To Rome

The short cut to happiness is but a […] 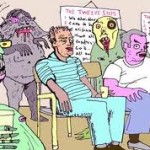 Twelve Steps, The Thought Made Me Wretch, Until I Bled To Death.

Yeah, I said it. I’m a recovering addict and I hated 12 Step. Somehow I managed to avoid NA for 15 years of meth addiction, with the exception of a short time when I was 19. I ended up putting myself in a psych ward 6 months before I turned 20 for hurting myself. […] 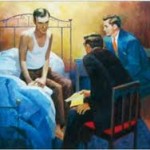 The Book That Is Big, How Deep Is The Dig

Nothing ever surprises me in recovery anymore. So it does not surprise me that there is a growing trend of sponsoring out of the 12 and 12. Even through it has no precise directions how to work the steps. The 12 and 12 has some good parts and points. For instance step 4 has a […]

Service Is The Vocation of Queens, HRH The Dutchess of Cambridge, Addiction and RumRadio

THANKSGIVING is coming. And with it, Tradition Week and I never felt happier. William G. Wilson Our traditions are set down on paper. But they were written first in our hearts. For each of us knows, instinctively I think, that AA is not ours to do with as we please. We are but caretakers to […]

Doctor, Doctor give me the cure, give me an opinion that would endure

Doctor, Doctor give me the cure, an opinion that  would endure What Exactly Is the Doctor’s Opinion Aug 18, 2011 10:04 pm Nowadays it seems that those whose opinions matter the most are too gun shy to share them for fear of having their words twisted, their reputations destroyed, lawsuits brought upon them and so […]

Ad Justin to the Just

I am not perfect, or any where’s near to being perfect, in anyway. Nor do I claim to be.  I have made many mistakes in this thing we call life.  One thing that I have truly learned is some truths about me and everyday I learn more and more about me.Â  Some truths I consider […]

Ok, So She’s A Giraffe, Nobody’s Perfect, And We Can Work On That

Spring has sprung and love was in the air, and the zoo was alive with the ardor of the Bongo as well as the prolific March Hare.  Claire a grandchild of seven Mays was bushy tailed and wide eyed at the wonders of the unnatural urban oasis. The frisky felines that are the Bengal cats […]

Slicker than Not Recovery

A long and seemingly endless drought for there was a famine of both rain and alcohol. The grit from life’s hard rub sprinkled like particles of rubber on the hot bone dry asphalt. The exhaust of know it all speakers dripped with insecurity from lips that were in constant motion. A slippery emulsion sprayed an […]