The Traditions are the glue if not the whip, that holds the horse and buggy of recovery groups from falling into the ditch 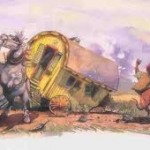 Searcy also known as the lone eagle was 90 when I was first privileged to hear him speak at the 24 hr.  group in Austin Texas. He was an impressive man both in stature and in sheer physical size; Searcy was the tallest and biggest man of an ancient age I had ever laid my eyes upon. In my tenure on the third rock from the sun I had observed that most, if not all, upon reaching the vaunted age of 90+ were tiny and frail, physically not very much, as if by their lack of girth and height gave them a slight advantage in their fight to stay upright. 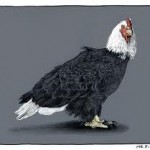 Sercy was on a mission and like all good servants his command was internal. Sercy had a standing invitation to any and all who wanted him to share for that’s how he carried the message, several times a week, as long as his lungs had air and if there were ears to hear he would be there, if wheels would turn, and airplanes had runways, he would be waiting patiently at the bus stop for the next sober event.

When you discover your mission, you will feel its demand. It will fill you with enthusiasm and a burning desire to get to work on it.

Make your life a mission – not an intermission 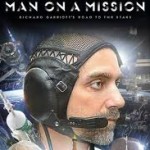 His hair had long since fallen out as his skin was ruddy, thin, and as wrinkled as an aged shar-pei. He had an electric motorized chair that was reminiscent of a bull frog astride a coffee cup. He stood with the aid of a sturdy aluminum walker and towered over the freshly hatched batch of street savvy addicted alcoholics. 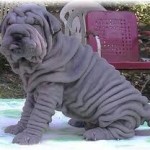 Searcy introduced himself, once upon a time that he was Bill W’s sponsor; he was also Bill W’s sponsee, the ten thousand member of the A.A. family, and had 55 years of continuous sobriety. As he would tell it finding a sponsor was a hard  line to reel in, when you were constantly on the move, and since him and Bill traveled a lot together it just made good sense to switch off, as the need or the bleed  presented itself for a tourniquet of accountability

The story he would unfold was of a car trip from a very long time ago. As Bill’s confidant co-driver, and travel companion we were on a particularly long trip traversing from state to state in order to go to the next and closest A.A. group or program event. Upon setting off on the next leg of our journey, soon after the sun’s benign challenge to the envious cock and a pauper’s quick breakfast of coffee and donuts, leaving our cheap motel room we drove  into the dark, fighting off the morning chill on the wind swept open highway. 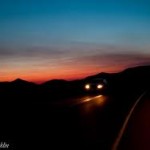 Bill was at the wheel and pushed across an empty envelope filled on the back and on the front with scratches and  scribbles . Tell me what you think? Bill Said, I read with interest the first draft of the Traditions. I quickly considered the rules and regulations and was flippant with my abrogation. perhaps you northern boys need to be held accountable and need all these rules and regulations, but us southerners we  are cut from a finer cloth and wouldn’t see the need for so fine a point, Aren’t you glad that it wasn’t me who started A.A.

See You on the Radio