How not to drink Or (The Jug E’r Not)

How not to drink!

We are told not to drink, no matter what, but the how of it, which is a horse of a different color,it  is especially hard for the new comer.  If we knew how not to drink we would not have come to A.A.

Get on your knees and ask God to remove the craving. Stay on your knees until the craving has passed. That worked for me and countless others.  Give it a try, and if doesn’t work we will gladly refund your misery

Suicide is the sincerest form of self criticism.

Suicide is also a permanent solution to a temporary problem

Suicide is also considered a slip

Suicide haunts the rooms of AA. Every time we take a drink of alcohol or do a mind altering drug, we are opting to die; because after all is said and done, it remains all about us, self diluted, self-centered and self seeking ,while  driven by a thousand forms of fear we step on the toes of our fellows and they retaliate. 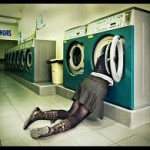 I had dated a woman for a very short period of time. She had opted to go to prison instead of committing to rehabilitation and to recovery in Alcoholics Anonymous. I queried what was her thinking? Five years was a long and irretrievable amount of time . She answered that she did not want to get brainwashed”.  She told me that the judge was taken aback by the refusal of his generous offer and made sure she did every minute of the sentence.  I told her that we consider it more like a dry cleaning than a brain washing.

When it’s more important to be right (or what you think to be right at the time) than to be happy, you’re in a prison of your own making.

Depression is fear without any enthusiasm.

Rage is  anger hitting a wall