Browse: Home / What are the warning signs of a slip? When is it appropriate for a sponsor to terminate a sponsorship relationship?

What are the warning signs of a slip? When is it appropriate for a sponsor to terminate a sponsorship relationship?

What are the warnings signs of a slip?

A slip, To fall into fault, to slide out of place, and to lose all ability to show some restraint

A slip is when someone has not worked all Twelve and does not have an adequate physical or mental defense against the first drink. A relapse is when some has worked all Twelve but has let down on his vigorous course of action and has opted for a vigorous course of sitting and is no longer able to mount a sufficient spiritual defense against the first drink.. ” For if an alcoholic failed to perfect and enlarge his spiritual life through work and self-sacrifice for others, he could not survive the certain trials and low spots ahead.” Page 14.. Common sense is not as common as you might think. A body in motion tends to stay in motion a body at rest tends to get drunk.

Let me count the ways, some are subtle hard to perceive like a hound with an itch from a single flea, some are obvious like a cat’s tail that’s been stepped on by a rocking chair ski

When you get to know your sponsee well enough you will know when they are off the beam. You may know even before your sponsee does. One warning sign a slip does not make. For example, someone may cut back temporarily on his or her meetings  for a good reason(frequent flyer miles are piling up).Or cutting back from ninety meetings  in ninety days after several months in the program they are still connected ,they sponsor and depend more on working  the Steps.

Nevertheless or never the more I have listed some conditions that should be discussed with a sponsee when they occur.  Taken in combination they can represent a lethal dose.

Not working the Steps   Abandoning prayer and meditation   Seldom calling you, or not calling you at all   Isolating themselves, especially from program friends   Complaining that meetings don’t work anymore   Cutting down on meetings; cutting meetings out all together   Forgetting how bad it was and focusing on how good some of the old times were in their drinking, using, or compulsive days   Re associating with old drinking or using buddies   Returning to old drinking or using haunts When is it appropriate for a sponsor to terminate a sponsorship relationship? 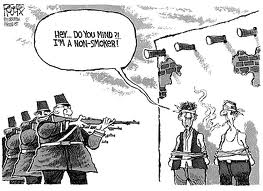 Some of us think holding on makes us strong; but sometimes it is letting go. Hermen Hesse 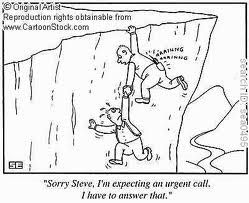 The termination of sponsorship is a grave matter that requires thought, prayer and consultation with your own sponsor. There are situations in which it is warranted because it serves the best interests of both you and your sponsee. Some of the criteria that can be used to determine when a sponsorship relationship ought to be terminated 1)  If the relationship is endangering your own sobriety or seriously impairing your serenity for what ever reason. Your recovery always comes first. 2) If your sponsee outgrows you, and you think that he or she would make more progress with another sponsee. 3)  If your sponsee refuses to work the Steps. It is very difficult to help a member of the Fellowship who will not work the Steps. Working the Steps is the primary task of a sponsor. As working the Steps are still suggested. Discuss this dilemma with your sponsee if no resolution is agreed to suggest another sponsor but the decision is still your sponsees, move on and put your efforts into someone who wants your help. In my experience the sponsee in time will usually fire himself 4)  If the sponsee cannot or will not work on being honest with you and others about his or her life. Twelve Step Fellowships are programs of honesty. A sponsee who is not open to learning honesty is difficult to help. The truth of it is that a sponsee who is not willing to get honest is not willing to enter into recovery. Honesty is more than a suggestion; it is the cornerstone that recovery is based on. I make

it a rule never to get involved with possessed people, actually that is more of a guideline than a rule. Bill Murray 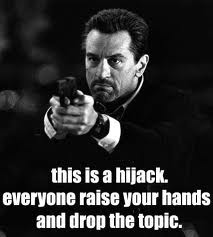 As with other guidelines, there are exceptions, particularly with newcomers who are by nature, dishonest. It is progress not perfection that counts. If your sponsee is working hard at getting honest, that effort itself is a form of progress and honesty. If dishonesty is a major character defect of your sponsee, it should be a regular topic of discussion between the two of you, and something he or she is consciously working on. 5) Whenever anything happens that leads you to believe that the sponsorship is no longer in the best interests of your sponsee In my experience most sponsees fire themselves when they stop working the Steps, they stop communicating, they stop returning phone calls and they disappear from the meetings if you worked with them in a timely manner  in essence you have ruined their drinking  and using career ,they will never drink or use again with impunity. There is nothing so tormented as a head full of A.A. and a belly full of booze.