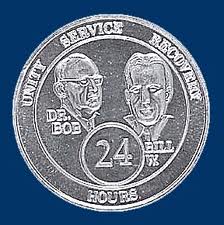 When is a newcomer ready to start working the first step? 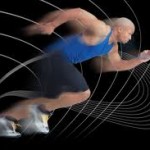 Fast, focused, and fired up

Immediately, if not sooner, you have received Clancy’s 7 questions back.  (See sponsorship tab) They have been given their initial assignments, so now, let’s get started.

1) The Big Book of alcoholics anonymous.
Chapter 2 (there is a solution) and chapter 3 (more about Alcoholism) pages (17-43)

THE GOOD NEWS IS THAT THERE IS A SOULUTION, THE BAD NEWS IS, WE’RE IT

SO MANY QUESTIONS, JUST ONE ANSWER

1) What does it mean to “admit” something

2) Why do you think the Step says ,”We admitted” rather than  “I admitted”

3) what does the term  “powerless over alcohol mean?”

5)  What does  the term “our lives have become unmanageable” mean?

Activities for the Step

1) Make  a list of  specific examples of your powerlessness  over alcohol (or whatever your favorite flavor of addiction or compulsive behavior) where you tried to manage well, and could not despite your best efforts.

2) Make a specific list of specific examples how your life has become unmanageable (a list of other people managing your life does not count IE jailers , judges, asylum inmate consular etc)

Step one has to be taken on an emotional level. In my experience there is a tendency of most sponcees to intellectualize the process of surrendering to a more powerful foe;  it is both painful and fearful to admit defeat.

All of our reasoning ends in surrender to feeling. Pascal 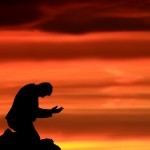 In the early days of A.A. your recovery started with what was called “the surrender”

The surrender was more than important ; it was a must . Bob E.,who came into A.A. in February 1937,recalled that after five or six days in the hospital .”when you indicated that you were serious ,they told you to get down on your knees by the bed and say a prayer to God admitting you powerless over alcohol and your life was unmanageable. Furthermore ,you had to state that you believed in a Higher Power  who could return you to sanity. Their you can see the beginnings of the Twelve Steps,” he said. “We called that the surrender. They (Dr. Bob and the original A.A. members)  demanded it. You couldn’t go to a meeting until you did it if by accident you didn’t make it in the hospital, you had to make it in the upstairs bedroom over [at the Oxford Group A.A./meeting] at the William’s house.”

After the surrender ,many of the Steps -involving inventory, admission of character defects, and making restitution were taken within a matter of days

The surrender was taken on an emotional gut level. Emotional memories are holographic by their very nature. Holographic because they can evoke the same feelings and the same responses as when they first occurred, but the difference is that there is nothing outside of us in the immediate environment to trigger the response. In my experience I had tried to intellectualize the causes and conditions and try to think my way out, but the result was nil until I let go absolutely and so go some of my sponsees. I attempt to guide my sponsees to the feelings of hopelessness, humiliation, anger, frustration, and despair. If the sponsee can recall the feeling of pitiful and incomprehensible demoralization, of hitting bottom the chances are better than average that they can “Make Room For Daddy” God.

As the AA Big Book refers to it as, utter defeat ,bankruptcy ,hopelessness and hitting bottom

“That’s the secret to life… replace one worry with another….” 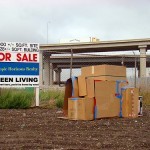 Hitting a bottom is relative to the individual. Two alcoholics were under a bridge. The one was lamenting his past life, a professional man with all the trappings, a beautiful wife, home, car, and position in the community now reduced to living in a lady Kenmore cardboard refrigerator box. The other alcoholic quips, “WOW, you got a box!”

We have learned what ever the bottom is that it takes what it takes’s.

We had to fully concede (take ownership, to admit) to our innermost selves that we were alcoholic. This was the first step in recovery.

Why must it be overwhelming, raw, and exhaustive?

In the Twelve and Twelve it states:
Few people will sincerely try to practice the A.A. program unless they have hit bottom. Who wishes to be rigorously honest and tolerant? Who wants to confess their faults to another and make restitution for harm done? Who cares about a higher power, let alone meditation and prayer? Who wants to sacrifice time and energy in trying to carry A.A.’s message to the next sufferer? No, the average alcoholic, self centered in the extreme, doesn’t care for this prospect —unless he has do these things in order to stay alive Himself.

The pain of hitting bottom, that’s what gets us into action. Pain was the unwanted guest that came to dinner, moved into the guest house, and in the end became our best friend.

The Big Book tells us All of us felt at times that we were regaining control, but such intervals usually brief were inevitably followed by still less control, which led in time to pitiful and incomprehensible demoralization.

As Alcoholics we tried various schemes and plans to limit our drinking: only wine; only beer; different flavors of all kinds. We would drink only after the sun was over the yard arm, only on the weekends. We would swear off by everything holy and everything unholy. We were alcoholics and would enviably get gloriously, mind numbing, and falling down drunk.

Until we can acknowledge our powerlessness our lives remain unmanageable. 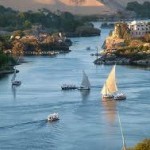 Denial is not just a river in Egypt.  Denial is a symptom of the disease. It is a trick of the mind, that contrary to all conceivable and indisputable facts, we continue to maintain the illusion of control.

There is always someone who is willing to manage our lives, when we are not able. A well meaning wife, the police, the judge, the jailer, the doctor, the asylum… the list goes on, everyone but us.

When we admit we are powerless and that our lives had become unmanageable, we put a name on it; we put our name on it. We take ownership of the problem. To quote Pogo the alligator…“We have met the enemy, and he is us.”

At the close of a particular meeting of A.A we circled up and someone stated, Let this circle represent what we can do together, that we can not do alone.

Recovery programs are WE  programs. I get drunk… We stay sober  The We includes God, a sponsor and the fellowship.

The idea that somehow some day he will control and enjoy  his drinking is the great obsession of every abnormal drinker. The persistence of this illusion is astonishing , many pursue it into the gates of insanity or death. (Hell you say!)The delusion that we are like other people, or presently may be  has to be smashed. 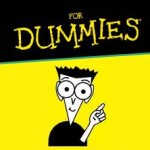 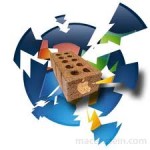 What Step One Accomplishes

Our pain humbles us, we are teachable. We can be directed by a sponsor. We can learn from the fellowship and be guided by God in overcoming our addiction; this becomes clearly apparent in the second and third steps.

THE FIRST WE MEET, WE CAN AVOID THE STREET
Step one is designed to.

If your sponsee is resisting this step:

B. Go to meeting