Browse: Home / Is it possible to have more than one sponsor

Is it possible to have more than one sponsor

IS IT POSSIBLE TO HAVE MORE THAN ONE SPONSOR

If I have a room full of sponsors surely I can find one that will agree with me. 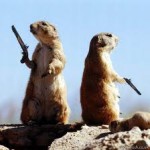 In theory, it is. The problem with a dual sponsor arrangement is the temptation to play one sponsor against the other. A sponsee may seek different suggestions from each sponsor and choose the one that they prefer as a rationalization for action or even worse inaction.

Sponsorship creates an honest, intimate, trusting relationship built up over time that serves a single purpose: to help us stay sober by working the Twelve Steps and applying their principles in all our affairs. If we have that kind of relationship with a sponsor, we won’t need more than one. Sponsorship is not the same as friendship, although it has some of the same elements as friendship. As has been said, I have lots of friends, but only one sponsor.

Before choosing a second sponsor, examine your motives. Has your sponsor moved to another town?  Has your sponsor’s life changed in such away that they are no longer available (traveling more or new family responsibilities, his parole has been revoked)? Are you thinking of changing sponsors and want to give the new candidate a test drive to see if it’s a comfy ride? These reasons may be valid for considering a second sponsor. Members with long-term sponsors often keep those sponsors when they or their sponsor moves to another town. They may then get a second sponsor in the same town. Sometimes people are put in our lives for a day, for a season, or for a life time. Part of sobriety is knowing when you have to let go and move on, even with a sponsor.

On the other hand, are you taking on a second sponsor to create confusion or to avoid having to do the hard work your primary sponsor is pushing? Are you trying to hide by telling parts of your story to different sponsors, but not showing anyone the complete picture? Are you looking for an easier softer way? If so, bucko, you’re still trying to do it your way.