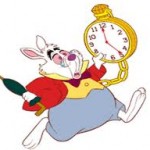 The Fourth Step is a daunting task. It is tackled only because of our commitment to go to any length to achieve sobriety  or the pain is still so great that we will attempt the Fourth Step in order to find a promised relief.

I came into the rooms of recovery beaten into a state of reasonableness. I was humbled by a more powerful foe and now teachable. I found a sponsor and started working the Steps, Step One, Step Two, Step Three. I spoke in meetings, lots, and lots of meetings. I was accepted into my new found recovery community. I felt safe, I had hope, and the pain seemed to magically dissipate as I shared more and more in the meetings. (A joy shared is twice the joy; as a sorrow shared is half the sorrow) The pink cloud, a program term that is an overwhelming sense of wellbeing, a reprieve from a hopeless state of mind body and spirit as an undeserved grace was obtained. My program of recovery languished into meetingmus maximus. Any time the sirens of addiction would beckon I would head for another meeting as I always found temporary relief until the pain of living was greater than the fear of working the Fourth Step and what I might find out about myself. My sponsor would say Joseph until you work the Steps all the promises will not come true for you. I have learned if you’re not working the Steps, you might be sober but you’re not in recovery. 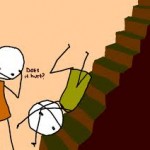 The Fourth Step is a daunting task. It is tackled only because of our commitment to go to any length to achieve sobriety or the pain is still so great that we will attempt the Fourth Step in order to find a promised relief. MANY STUMBLE AND FALL AND NEVER DO THE FOURTH STEP AT ALL. Four and Five are attached at the hip as I have never experience anyone completing a Fourth Step and refused to uncork the pent up sour vintage no matter how sharp the screw. Should thorough rob timely? We launched into a vigorous course of action.

If it looks like your sponsee has Fourth Stepitus this format is suggested to keep them into action. This is suggested for the newcomer to get them through the Steps and to a spiritual experience as quickly and as thoroughly as possible. For the chronic relapse the need to be more thorough, use the suggested outline found in the Big Book of A.A. as this may be more appropriate for them. Each sponsee is different, be prayerful and always consult with your sponsor.

SIMPLE IS AS SIMPLE DOES 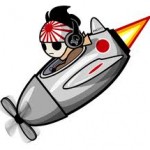 The A.A. Big Book says that it needs to be written.
Keep it brief, no more information than can be written on one side of a legal pad.

NO REASON TO BE FEARFUL, YOUR SPONSOR IS THERE TO HELP LIFT THE SPIRITUAL

The format for the Fourth Step as outlined in the Big Book comes into play with you and your sponsee together working the Fifth Step. 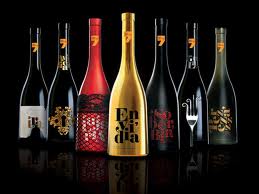 Pride is excessive belief in one’s own abilities that interferes with the individual’s recognition of the grace of God. It has been called the sin from which all others arise. Pride is also known as Vanity.
Envy is the desire for others’ traits, status, abilities, or situation.
Gluttony is an inordinate desire to consume more than that which one requires.
Lust is an inordinate craving for the pleasures of the body.
Anger is manifested in the individual who spurns love and opts instead for fury. It is also known as Wrath.
Greed is the desire for material wealth or gain, ignoring the realm of the spiritual. It is also called Avarice or Covetousness.
Sloth is the avoidance of physical or spiritual work

I have used this format and found it very productive and immensely valuable. I t gets the sponsee through Step Four and Step Five in a timely manner. They can always go back and do another Fourth Step if they feel it may be necessary after they have had a spiritual awakening as the result of these Steps. I asked my sponsor and he told me that he had a sponsee that did a one sentence Fourth Step and had been sober for Thirty years.( He refused to tell what that sentence was)

On my 90th day of sobriety I went to workshop on the 12 steps. During the workshop we went through the steps with a partner. It was very fast and done with the idea that we would not linger too long on each step, more get an understanding of each step and gain some kind of experience with it. It made me think of Dr. Bob and how he worked people through the steps quickly. During this process I did an abbreviated 4th and 5th step with another alcoholic. I was amazed. I was able to get relief from some things that I had been carrying around since my early childhood. I felt great.