Step Ten, Perseverance The Ladder That Falls The Highest Walls 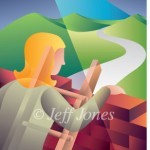 The Simplicity of The Twelve Steps- Step Ten (Perseverance)

And now our prospect, assuming their work has been honest and thorough, is a recovered alcoholic.  Not a recovering alcoholic.  They are recovered.

Powerful evidence of how far our organization has drifted from its original design is that one of our biggest ongoing debates in Alcoholics Anonymous is around a question whose answer is available on the title page of our basic text.  We are debating a fact; a fact which is made clear multiple times in the very book which was written to explain what A.A. is and what A.A. isn’t.

How can someone who has actually read this book proclaim that we are always “recovering?”  The word ‘recovering’, by the way, shows up exactly one time in our basic text, and it speaks to a temporary condition.  What we are attempting to recover from is a seemingly hopeless state of mind and body.  This hopeless state is driven by a “lack of power (page 45).”  Once we harness that power, we are no longer powerless.  That’s why the word ‘powerless’ shows up in the wording of The Twelve Steps only once and it’s in the past tense (Step One- we were powerless).  Without that power, you are spiritually asleep.  This is why we use the term “spiritual awakening.”  Once you awaken (which happens upon moving into the maintenance and growth steps), you are no longer powerless over your seemingly hopeless state of mind and body.  This is a condition you have recovered from.  And we are guaranteed that if we employ Steps Ten, Eleven and Twelve in the way in which the book directs us to, we will stay recovered.

“This thought brings us to Step Ten, which suggests we continue to take personal inventory and continue to set right any new mistakes as we go along. We vigorously commenced this way of living as we cleaned up the past. We have entered the world of the Spirit.”

There it is.  We have entered the world of the spirit.  We are awakened.  In the first three steps, we prepared for change.  In the next six, we recovered from the illness.  The final three steps are where we will live and grow in the sunlight of the spirit for the rest of our days.

Though, we must remember that while we have recovered from our seemingly hopeless condition:

“We are not cured of alcoholism. What we really have is a daily reprieve contingent on the maintenance of our spiritual condition.”

We are recovered from the mental obsession which has been arrested as a result of our awakening.  But the physical allergy we will always have.  This is the concept we were charged to “smash” in Step One; that we could ever go back, re-harness our will power and drink like normal people.  From this condition we have been granted a daily reprieve.  Much like a prisoner being marched to the electric chair who gets a last second reprieve from the Governor, we awaken every morning with just that; another day in which we can stave off this deadly disease and live in the path of our higher power.  The only difference between us and the death row inmate is that he doesn’t have to do anything to earn his reprieve.  We do.

The design for living, which is Steps Ten, Eleven and Twelve, is going to give us five things we need to be doing on a daily basis to remain “spiritually fit.”  The first of these will come in our tenth step directions on page 84:

“Continue to watch for selfishness, dishonesty, resentment, and fear. When these crop up, we ask God at once to remove them. We discuss them with someone immediately and make amends quickly if we have harmed anyone. Then we resolutely turn our thoughts to someone we can help. Love and tolerance of others is our code.”

Our first task here is to keep our eyes open and stay on watch for four things: selfishness, dishonesty, resentment and fear.  Essentially, any bit of old or inappropriate behavior we find ourselves enacting is sure to fall into one or more of these four umbrella terms.  Notice the next four words: “When these crop up.”  Not “if” these crop up.  Not “in case” these crop up.  They will crop up.  We have recovered from a seemingly hopeless state of mind and body.  We have not recovered from being human.  Our text never says “Don’t be dishonest, selfish, resentful or fearful” (in fact, the word “don’t” never appears in the book).  It simply tells us what to do when they inevitably happen.

And so, the first of our five spiritual directives for spiritual maintenance and growth is a four-step game-plan to be employed when we notice we are lapsing into old behavior:

Of the five spiritual directives, this is the only one which does not demand we employ it daily.  With that said, when someone I have done the work with goes a week or so without doing a tenth step, I will generally offer, “Is it possible you have gone seven full days with experiencing fear, resentment, selfishness or dishonesty?  If you have, you should probably sponsor me.”

Finally, we are delivered our tenth step promises:

“And we have ceased fighting anything or anyone – even alcohol. For by this time sanity will have returned. We will seldom be interested in liquor. If tempted, we recoil from it as from a hot flame. We react sanely and normally, and we will find that this has happened automatically. We will see that our new attitude toward liquor has been given us without any thought or effort on our part. It just comes! That is the miracle of it. We are not fighting it, neither are we avoiding temptation. We feel as though we had been placed in a position of neutrality – safe and protected. We have not even sworn off. Instead, the problem has been removed. It does not exist for us. We are neither cocky nor are we afraid. That is our experience. That is how we react so long as we keep in fit spiritual condition.”

For those who find themselves coming up against all of the “The steps are meant to take a year” nonsense percolating through our rooms, directing someone to the tenth step promises is a rather effective way to demonstrate that this is a dangerously erroneous idea.  In the above promises, are told that four things have happened which will not have occurred until this point in the work.  They are;

Essentially, to tell a newcomer that it will take him a year to work the steps is the equivalent of a welcome message which sounds like this: