A Good Start on and Old Subject

We begin with the following much-needed article from Pete’s Stuff.  It incorporates the long-ignored Box 459 article that GSO has told at least one seeker that it couldn’t find the material. If you want to see an excellent and much longer discussion of this subject, go to the Hindsfoot Foundation site where Professor Glenn Chesnut lays this entire Conference Approved problem in terms of its real importance.

I receive questions about this all the time; and people at conferences, Central Offices, and meetings are confronted with the “conference approved” nonsense with great frequency. Any AA can read anything any time anywhere for any purpose inside or outside of A.A. And that includes comic books and computer manuals. There is no Tradition that says otherwise. There is no Tradition that can or should or will censor or “censure” what is presented at a meeting, whether in discussion or by reading or by literature on a table. And if someone thinks he’s found the mythical tradition, tell him the fact and then tell him the Traditions are not laws, are not binding on anyone, and were never intended to prohibit free speech or freedom of religion by AAs or others. That includes what we read, what we hear, what we say, what we study, and what we pass along to others. Those who suggest otherwise just don’t know A.A. Nor do they seem to know that early Alcoholics Anonymous was a Christian Fellowship, studied the King James Version of the Bible, read all kinds of literature–Protestant, Roman Catholic, New Thought, medical, and otherwise, and put out reams and reams of pamphlets and guides as the years went by. The pamphlets included those from many Central Offices and Intergroups–including the long-running Cleveland Central Bulletin, the four Akron AA pamphlets, and the Four Absolutes booklet available even today. You will find that many of these materials, including a host of recovery materials from Hazelden and elsewhere are sold by A.A. offices. 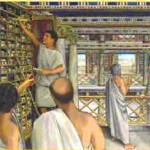 Then there were materials published by the following writers both mentioned and not mentioned  Sister Ignatia, Marty Mann, Clarence Snyder, Father Ralph Pfau [Father John Doe] widely distributed in the Midwest today, Richmond Walker and his offshoot books like the Twenty-Four Hour book, Ed Webster, the Detroit Pamphlet, and on-and-on. Not to forget over 500 Oxford Group and Sam Shoemaker books and pamphlets that were read and circulated by Dr. Bob himself. Nor should we forget that the most ignored and suppressed writing of all – Anne Smith’s Journal – contained the heart of early A.A. and was discussed almost every morning at the Smith home Quiet Times.

Were there others? Oh yes. On tables at T. Henry’s. In meetings at the Smith Home. At Oxford Group meetings in New York. And then the host of books of all varieties circulated by Dr. Bob  The Upper Room, My Utmost for His Highest, Emmet Fox, James Allen, Glenn Clark, E. Stanley Jones, The Runner’s Bible, The Greatest Thing in the World; Varieties of Religious Experience; New Thought writers, and on and on and on. Including, of course, the Bible which they called the Good Book. See Dick B., The Good Book and The Big Book, 2d ed. Early AAs weren’t afraid of literature. They devoured it! And they achieved cures. See Dick B., Dr. Bob and His Library, 3rd. ed.; Anne Smith’s Journal, 3rd ed.; The Books Early AAs Read for Spiritual Growth, 7th ed; The Oxford Group and Alcoholics Anonymous, 2d ed; New Light on Alcoholism, 2d ed; That Amazing Grace; Henrietta Seiberlng: Ohio’s Lady with a Cause; The Akron Genesis of Alcoholics Anonymous. And DR. BOB and the Good Old timers. 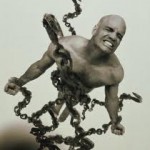 Take off the shackles, and use your mind! Better still; see what someone else has had to say about nuclear physics, aviation, automatic weapons, popular mechanics, horticulture, accounting, culinary art, computers, the internet, American history, religious history, and comparative religion. Particularly, see what the Creator had to say through what He revealed in His Word. Our basic ideas came from there.

My recent title Making Known the Biblical History and Roots of Alcoholics Anonymous specifically identifies hundreds and hundreds of writings that have contributed to the origins, history, founding, principles, and practices of A.A. in just the few years it has been in existence: http://www.dickb.com/makingknown.shtml. The Griffith Library at The Wilson House is filled with these books. So is the Annex next to Dr. Bob’s Home. So is the library at Stepping Stones. So is the traveling archives archivist Ray G. takes all over the United States to conferences for public viewing. Conference Approved? Not that I know of!

And now from the great piece found at Pete’s Stuff::
What Conference Approved Literature Means

Any literature that pertains to the principles of AA or is approved by a Group Conscience – is perfectly acceptable to be read by any AA member or in an AA meeting.

You hear it in meetings, we have AA Approved Literature available for sale at cost

You hear non-group members cross talking in a meeting when someone reads from Richmond Walkers 24 Hours a Day, Emmet Fox’s  Sermon On The Mount, or one of Ralph Pfau’s Golden Books You can’t read that in an AA meeting  it’s NOT AA Approved Literature

Factually, unlike Alanon, there is no such thing as AA Approved Literature. The early AA’s read from the Bible, the Upper Room, Oswald Chambers, Cecil Rose, Leslie Weatherhead, Sam Shoemaker, Emmet Fox, Richmond Walker, Ralph Pfau and many others  a simple visit to Dickb.com will bear this out. As Dick B. aptly points out Whatever some may think, A.A. has no index of forbidden books.

In the 1950′s AA World Services took over WORKS publishing  rights to publish the Big Book and began publishing other books as well. In the course of the next 40 years AAWS began to publish more books but eventually lost the copyright on the first two editions of the Big Book. Until 1993 books which were owned and printed by AAWS were identified by the use of a Circle/Triangle Symbol bearing the three legacies.

On May 21, 1993 , an AA World Service Ad Hoc committee released an unsigned document titled: “Follow-up Statement Regarding Use of the Circle/ Triangle Symbol.” In it, AAWS stated that “Alcoholics Anonymous will phase out the ‘official’ use of the circle and triangle symbol in and on its literature, letterheads and other material.” That document was issued without a conference action or a “group conscience”. 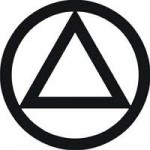 The term Conference Approved literature now replaces the Circle/Triangle Logo to merely identify (AAGV Vol. 50-7 1993) the books solely owned and published by AAWS and not as a predetermined list. The most definitive illustration of this is that the public domain first edition of the Big Book is NOT  Conference Approved Conference Approved in no way constitutes a list of any written documents of which an AA body approves or disapproves. (Please see the ad hoc committee Final Report of the 1993 General Service Conference)

A formal statement concerning the Conference, the G.S.O, and what AA members read was issued by the General Services Office of AA in 1978.