Browse: Home / Now I lie me down to sleep

Now I lie me down to sleep 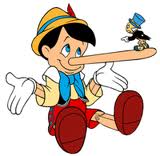 The liar’s punishment is not in the least that he is not believed, but that he cannot believe anyone else. George Bernard Shaw

How do you know when an alcoholic in his cups  is lying? Their lips are moving.

We would lie so often that we would  lie even when the truth would have served us better.

In a meeting of A.A. (Hilltoppers- Austin, Texas) the least likely of men had shared that he had a problem with lying.
He was an author of several dozen Christian books. He said that he would lie about little things, things to bolster your view of him. He said the way he cured himself from the practice was to tell you immediately that he just lied to you. 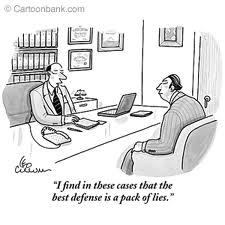 Eureka! Since I suffered from the same malady, I would try his antidote. In short order, a lady queried me about receiving an e-mail from her? I had, but   having  no romantic interest, I said no. Perhaps an electronic glitch, a gremlin in the machine, a power outage, etc. Lies always need extra legs to hold itself up. The truth often alone will stand on it’s own.  With all the courage I could muster, I uttered sheepishly I just lied to you. I had received your e-mail. The woman looked miffed at my statement and I felt empowered once the deed was done. I  now had a tool that could disown  me as a bastard child from the father of all lies.

I had another chance with my brother in a telephone conversation. I stopped and told him I was lying to him; he did not miss a beat, as he knew I always lied to him. We are lied to everyday ,we just never know when. I wished I could tell you that tool has rusted from lack of use but that is not the case . there are times  even still that  I  have to pick up that tool and have to  admit  for convenience sake my tongue has slipped sideways as  it  gets caught in my throat to which I must now quickly  regurgitate.

the truth at first might be rare commodity and time takes time to learn to leave that overcoat protection of habitual lie on the floor and stand naked in the truth and in the sunlight of the spirit. The lie is often times sweet at first bite, it require props to hold it up and then turns sour with the regurgitation of repetition, while the truth is often times bitter for it stand on its own and often times stand alone while its hard to swallow then turns sweet for it makes no demand on the recollection of memory