The Simplicity of The Twelve Steps- Step Two (Hope) 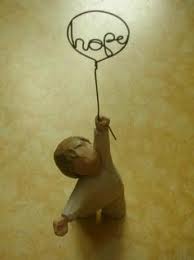 In the chapter entitled Step One in the book Twelve Steps and Twelve Traditions it reads: “It is truly awful to admit that, glass in hand, we have warped our minds into such an obsession for destructive drinking that only an act of providence could remove it from us.” Herein, we get a stark description of the next task at hand.  The traditional manner in which we view this message is simply that having now explained the problem, we will present the solution.  This is, of course, critical as the first step alone is, by no means, good news.  It is truly awful to accept that, as a product of your own choices, you’ve dug a hole so deep that nothing short of an act of God could save you.  But it is the end of that sentence where we find our first glimpse of hope.  We are being told that, while up until now we’ve had only the choice to carry forth in our illness desperately trying to stave off jails, institutions or death; we are now being provided a second option.  And that’s exactly what it is- an option.  I hear many alcoholics new to A.A. that they have no choice but to do this work.  But this is a falsity.  They absolutely have a choice.  This realization provides us a secondary way into which to view these first two steps.  Yes, they represent the problem and the solution.  But they also represent choice one and choice two.

This second choice is best demonstrated on page 12 of Bill’s Story.  The first half of this chapter is essentially composed of Bill Wilson’s journey from his original discovery of alcohol up to his fall into hopeless alcoholism.  Bill receives a call from his old drinking buddy, Ebby Thatcher, who had gotten sober in The Oxford Group, the Christian organization whose six concepts would eventually be stretched out into A.A.’s 12 Steps.  Ebby tells Bill that he has quit drinking and would like to come over and talk.  Bill, having made declarations like this many times himself, figures that once his old friend shows up, his resolve will quickly evaporate in the face of a bottle.  Upon Ebby’s arrival, Bill opens the door and can clearly see that this is not just a man who quit drinking; this is a man who has undergone some kind of significant change.  They sit in the kitchen.  Bill offers Ebby a drink.  Ebby refuses.  Bill continues to imbibe as Ebby tells him of this group which has saved his life.  He speaks of being bailed out of jail by complete strangers and attending meetings where the members help each other with their troubles and tell ribald stories and drink coffee and smoke cigarettes.  Bill is very interested.  That is, until Ebby says something that throws Bill right out of the conversation:

“Despite the living example of my friend there remained in me the vestiges of my old prejudice. The word God still aroused a certain antipathy. When the thought was expressed that there might be a God personal to me this feeling was intensified. I didn’t like the idea. I could go for such conceptions as Creative Intelligence, Universal Mind or Spirit of Nature but I resisted the thought of a Czar of the Heavens, however loving His sway might be. I have since talked with scores of men who felt the same way.”

Ebby says “God” and Bill says, “Check please!”  They tell us, in the last sentence, that this has turned out to be a fairly common experience amongst A.A. newcomers.  Clueing in to Bill’s resistance, Ebby attends to his concerns:

“My friend suggested what then seemed a novel idea. He said, “Why don’t you choose your own conception of God?”  That statement hit me hard. It melted the icy intellectual mountain in whose shadow I had lived and shivered many years. I stood in the sunlight at last.”

Ebby essentially tells his friend, “Listen, Bill, I’m not trying to sell you on Jesus Christ as your Lord and Savior.  Creative Intelligence?  Universal Mind?  You have more than you need to do this step.”

He then goes a step further in explaining that not only does it not really matter what vision of higher power Bill chooses to believe in, he can actually accomplish the task at hand without believing in anything at all:

“It was only a matter of being willing to believe in a Power greater than myself. Nothing more was required of me to make my beginning. I saw that growth could start from that point. Upon a foundation of complete willingness I might build what I saw in my friend. Would I have it? Of course I would!”

With this knowledge in hand, we can direct our prospect to the 2nd paragraph on page 47 where we receive our second step directions:

With this data in mind, why are there so many in the organization who have many months sober and find themselves stuck on Step Two.  “Why?” we ask, “You are not willing to believe in God?”  They answer, “Oh, sure, I’ve always believed in God.”  “So what’s keeping you from moving to Step Three?”  It’s not a “what” keeping them from moving forward… it’s a “who.”  It’s their sponsor.  Their sponsor who has decided that rather than being the conduit to get them to God, they’d cut out the middle man and play God themselves.  We do not require worksheets and some deep examination of the nature of our faith to complete Step Two.  We are charged with but one short question.  Do you believe or are you willing to believe?  Yes?  Good.  Our prospect now understands both the problem and the solution.  They understand both of the choices before them.

Now it is time to choose.