The James Club and the Original A.A. Program’s Absolute Essentials 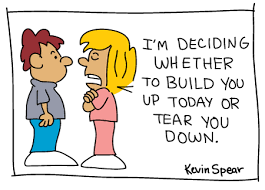 A.A. has quietly acknowledged, primarily through one publication, that the early A.A. pioneers in Akron believed firmly that the answer to all their problems was in the Good Book, as they called the Bible. A.A. co-founder Dr. Bob said that all the basic ideas were taken from their study of the Good Book. And he added many, many times that the three parts of the Bible the old timers considered “absolutely essential” to their spiritual program of recovery were: (1) The Book of James. (2) Jesus’ Sermon on the Mount, found in Matthew Chapters 5, 6, and 7. (3) 1 Corinthians 13, Paul’s famous chapter on “love.”

You can find the foregoing remarks in A.A.’s DR. BOB and the Good Old-timers, in pamphlets published by Akron AA, and in several talks given through the years by Dr. Bob himself. And it was even his co-founder friend Bill Wilson who spoke of the studies of James, the Sermon, and Corinthians; the reading of these passages by Dr. Bob’s wife Anne to Bill and Bob; and the fact that—as Bill put it—“James was our favorite.” And he added that many favored calling the A.A. fellowship “The James Club.”

I have run into some of the real vicious and negative A.A. haters, and they will stop at nothing to try and undermine or even attempt to destroy A.A. I was taken back by their irrational and vicious demeanor it crosses over to the malevolent and to the evil. I will refer to them the as the Anti’s, having no interest in building up, but only in tearing down.

I always try and surround myself with positive people because I have found that negative people are much too busy trying to surround themselves with themselves.

2 responses to “The James Club and the Original A.A. Program’s Absolute Essentials”