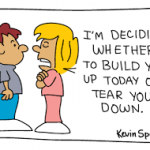 The James Club and the Original A.A. Program’s Absolute Essentials

A.A. has quietly acknowledged, primarily through one publication, that the early A.A. pioneers in Akron believed firmly that the answer to all their problems was in the Good Book, as they called the Bible. A.A. co-founder Dr. Bob said that all the basic ideas were taken from their study of the Good Book. And […]

Happy Birthday Recovered Its all about the upholstery, the old stuffing has been replaced with the cushion of grace and a new skin that is scotch guarded with the humility of faith while the utility of the strong back to service is firmly put in place, this instead of ending up on the junk heap […] 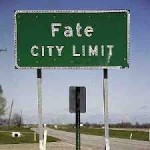 The Fickle Finger of Fate 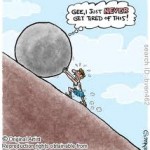 after all isn’t one mountain, one boulder, and one day at a time. 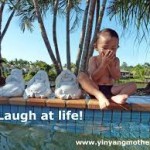 Sitting at the edge of the lap pool I was appraising my physique once athletic and toned as it had boasted of  strength and  the glory of youth now reduced to a state of age and over indulgence, as it reminded me of the body of the laughing Buddha, this insight struck me […] 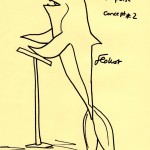 Alcohol and drugs are equal opportunity destroyers. The disease takes no heed to your particular flavor of addiction labeling it as such is the much greater affliction. The divisions started with Bill Wilson’s “singleness of porpoise” which I believe dose not hold any water, then or now creating the indignation of the drunken […]

Often times in the addiction recovery arena it is claimed that they have been saved by grace. Consider that according to Google (a thousand years hence the anthropologists will have concluded that as a society they all communed with an all knowing god named Google) that there are 140,000,000 drunks in the world. Accordingly to the […]

One Mountain, One Boulder, and One Day at a Time. 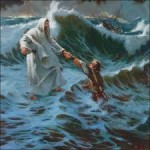 Peter from the Grave

Peter’s footing was made sure upon the billows serene as his sight was fixed upon the gleam in Jesus’ eye. The storm surged as the world would turn and he lost his gaze of faith. The fear of concerns ever loomed, he would be consumed and doomed to the depths, as the master’s […] 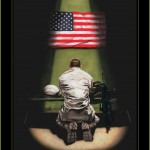 Mount Up with Wings as Eagles

But they that wait upon the LORD shall renew their strength; they shall mount up with wings as eagles; they shall run, and not be weary; and they shall walk, and not faint. For this is the day the lord has made to honor our banner of freedom and our kindred fallen dead. […]