Browse: Home / How do I de-sponsor somebody? What If I make a mistake?

How do I de-sponsor somebody? What If I make a mistake?

How do I de-sponsor somebody?

Back to back we faced each other; after all we are brothers and sisters with different fathers and different mothers

By meeting your sponsee face to face and being forthright and honest why you feel terminating the sponsee /sponsor relationship is to the best interest to all concerned and why you feel that way. It is important to model honest, responsible behavior in this process

Sometimes I lie awake at night, and I ask, ‘Where have I gone wrong?’ Then a voice says to me, ‘This is going to take more than one night. 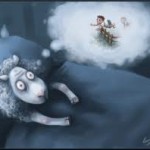 If the problem is with you (for example, if you are unable to keep a confidence), be honest about the specific problem. If amends are called for make them forthrightly at this time. Concentrate on cleaning up your side of the street, and don’t worry about your sponsee’s.

No problem is so formidable that you can’t walk away from it, and remember inside every small problem is a large problem struggling to get out. 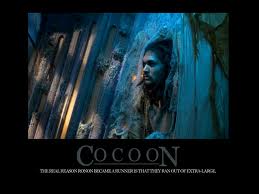 If the problem is with your sponsee, deal with the issues matter-of-factly. You do not have to apologize for de-sponsoring someone. It was a privilege you extended, and you have the right to withdraw it. However, you owe it to your sponsee to explain clearly why you are terminating the sponsorship. Only then can your sponsee learn from his or her mistakes and fully understand the consequences of the inappropriate behavior

What if I make a mistake?

It was when I found out I could make mistakes that I knew I was on to something.  ~Ornette Coleman

Congratulations, you’re human promptly admit it in accordance with Step Ten Continued to take personal inventory and when we were wrong promptly admitted it.There is no such thing as a perfect sponsor, or sponsee for that matter. You will improve your understandings, techniques, and your sponsorship style with practice. Each sponsee is unique, and what may work for one may not work with another. How to work with a sponsee, like the horse of different color only comes with and through experience and counsel with your sponsor.

An early on a sponsee of mine was named Mike M. He had worked the Steps with another sponsor named Jack J. Mike approached me and asked if I would be his sponsor? I asked why the change? He said that he felt he needed someone that he could not B/S. I told him that I would have to speak to Jack his current sponsor before I could give him an answer. I think this is not only a common courtesy, but it is a way to obtain valuable insights into the sponsees attitudes, problems and how solid was their work to date. Jack revealed that he had seven sponsees and that Mike was as much trouble as the rest put together and he would be more than happy to pass him on. We started with Step One like my sponsor had done with me and that he would call me everyday.

Mike dropped out in short order and drank so much he was incapacitated for almost a week. I would offer to pick him up and take him to the meetings but he was too immobilized. When he finally called we got together and spoke of his decline. We started again on Step One, with the agreement for him to drink again was to die. He was slowly moving along calling me everyday, he was doing his reading assignments and going to all his meetings. One Sunday night I was visiting my family in Houston he called and I opted not to take his call as I didn’t want to spoil the mood. I checked the phone recorder and everything was well with him as he was just checking in. It was 7:30am Monday morning I returned his call that vey next day. He said he was doing well, he had done his reading and shared in a meeting and had procured a contract for a much needed employment. I agreed as it sounded a little too neat and that we should meet the day after tomorrow.

Tuesday afternoon around two pm I received a call from his wife she said “you had lost another one”. Those words hit me like a ton of bricks as my oldest daughter had just died a year ago. Mike had drank enough alcohol to go into anaphylactic shock and died. Mike was physically a big man and was now reduced to about the size of number 10 tin can. I didn’t sponsor for at least a year, and felt somehow responsible at least through contributory negligence for not knowing or doing  more than I could. Since then I have come to the agreement that a sponsor can not keep anyone sober other than themselves and certainly  can not keep anyone alive, if you think you can you are playing God, and its hard enough playing sponsor. Although the more tools and experience you have does give you a leg up on the process.  Mikes part remains Mikes as he  had made his solution to alcohol addiction the finality of the  grave, if not by intent of purpose, surely by accident of design.

see you on the radio