Browse: Home / The Traditions were born under a cloud of conflict

The Traditions were born under a cloud of conflict

Whenever you’re in conflict with someone, there is one factor that can make the difference between damaging your relationship and deepening it. That factor is attitude.

Concerning the Big Book, Clarence S. told his wife Grace about a weekend trip Bill Wilson made to Akron, Ohio, to visit Dr. Bob shortly before Dr. Bob passed on. 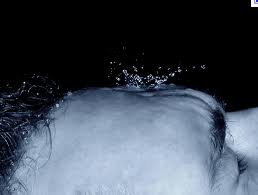 Year after year and like a drip from a squeaky faucet Bill was insisting, cajoling in a persistent connivance to get Dr. Bob to endorse, agree and set his hand of signature to seal a unified launch of the Twelve Traditions. Dr. Bob the consummate Vermont Yankee with hands the size of diner plates held fast to his objection that the Traditions were written to park power in the central New York head office tower of the fledgling A.A.
Dr. Bob called Clarence S for logistical as well as moral support. Clarence came on the run from Cleveland to join Dr. Bob, while Bill made his way for yet another joust at agreement, while sliding down from the Big Apple and landing in Akron Ohio.

Bill W. was prepared, documents handily at the ready, as he employed his most ardent and considerable power of persuasion. Clarence recounts Bill’s impassioned plea Doc, you’ve got to sign these so I can add these to the Big Book. Dr. Bob in a final and futile effort mustered up his last objection in a conciliatory tone Bill, we have no need for what you call the ˜Twelve Traditions. Our program came from the New Testament. We have the Bible. We have the ˜Four Absolutes. We have the Steps from the Oxford Group, We’ve got the program. We just need to teach it as it is. As a man on a mission with his goal within grasp, Bill sensed Dr. Bob’s resolve starting to lapse. Bill redoubled his efforts with the insistence of a knight in search of the Holy Grail and repeated what he had already been said “Doc, you’ve got to do it!”  Clarence said Dr. Bob was exasperated while silence hung heavy in the air until the exhale of resignation that could be felt by the deaf, as if it had been written in braille.  Dr. Bob in the unbelief of defeat had opted for serenity and said All right. Give them to me; I’ve got to have some peace.
Clarence witnessed the signing and shortly thereafter the Twelve Traditions were voted in by A.A. at the 1950 general conference in Cleveland Ohio.

Today the brick and mortar of A.A. remain the Twelve Traditions, it keeps us wholly accountable and in service. My experience is that unfortunately there are misconstrued, misused and convoluted as to original intent of application. They are often times taken in a piece meal bites while they are interpreted as laws and worse than that often times than not some insist on the letter that brings death, and not the spirit that gives life. Dr. Bob’s misgivings have taken a ghostly form and have given scope of authority where none belong, as well as Bill’s original and correct intent remains clean and pure. I pray I am up to the task and will give only verifiable history and my own personal Experience, Strength in a hope to repair the breach.

See you on the radio
RumRadio.org
Joseph

A rendition from Dick B’s ” That Amazing Grace”