Browse: Home / Step Eight, Is It True? Is It Necessary? Is It kind? Now It’s Loving

Step Eight, Is It True? Is It Necessary? Is It kind? Now It’s Loving 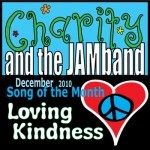 The Simplicity of The Twelve Steps- Step Eight  (Loving Kindness)

We are now brought to the third section of the four compartmentalized elements of the process.  A good sober friend of mine would often break down the steps thusly:

We often hear in the rooms that “the steps are in an order for a reason.”  This is quite true, as we could never have found the courage to fearlessly look inside ourselves if we had not first opened up the spiritual portal in the first three steps.  Correspondingly, we cannot go make amends for selfishness, dishonest, etc until we first open up the process of having our selfishness, dishonesty, etc taken from us.

Now we can turn to the damage that we have caused as a result of our illness, remembering that the harm we have caused is just that- a manifestation of our illness.  Lying, cheating, fighting and stealing are as normal in people suffering from the disease of alcoholism as extremity numbness and blurred vision are in people suffering from the disease of diabetes.  In this respect, we are not responsible for the damage but we must be accountable.

The data we are given by on page 76, in the third paragraph, is the following:

“Now we need more action, without which we find that ‘Faith without works is dead.’ Let’s look at Steps Eight and Nine. We have a list of all persons we have harmed and to whom we are willing to make amends. We made it when we took inventory.”

“Now we need more action.”  This is a major theme in The Twelve Steps that we have managed to almost completely lose sight of in Alcoholics Anonymous.  Consider:

The cadence with which we are to go through these steps is made abundantly clear within our basic text and yet the notion that the steps are meant to take upwards of a year is offered up to newcomers constantly within our rooms.  The eighth step goes on to tell us that “Faith without works is dead.”  There are not too many biblical quotes in this book and yet this one shows up three separate times.  They are letting us know that the power of our faith, and henceforth the power of our recovery, will never be based on what we think or on what we feel.  It will always be based on what we do.  Notice, it does not say that “Faith without works is on life support.”  It is dead.

We now find out why this step is so incredibly simple.  They tell us that this list we need to make is a list that we already have.  We made it when we did our moral inventory in Step Four.  If we’ve done a proper fourth step than we ought to have a list of people we’ve harmed.  Clearly, they can be moved right over to our eighth step.  Additionally, as we looked at our resentments, and delineated what our part was in these resentments, we probably found that some of the people we resented were people whom we had also harmed.  They too can be shifted over to our list.  This should provide us with at least 95% of the data we need.  We might then just take a look at anything that might been forgotten or missed, add those as well, and we ought to be complete.

Our final task is found in the second part of the eighth step as written.  “Made a list of all persons we had harmed, and became willing to make amends to them all.” We must bear in mind that the completion of our list is only half the battle.  We must be able to look at our list and make sure that there are no amends on there that we refuse to make.  This is not to say that these potentially difficult amends must be made first.  We do not need to know how or when these amends will be made.  But we must have the willingness.  If we have even one of them to which we can say, “I will never make this amend,” than we must remain on Step Eight and pray for the willingness to be willing to make that amend.  On the other hand, if the prospect can say he is willing to make them all, we look to Step Nine and get them started on their amends.