Step two should be hard on the heels of step one.

Questions from the reading, and your sponcees personal experience.

1) What does the phrase  “Power greater than ourselves” mean ?

2) As used in this Step ,what does the term “sanity” mean?

In step one, we surrendered, and we were defeated. We admitted that our lives were unmanageable. With that surrender we had no hope. We had mind numbing fear (fear is losing something you have, or not getting something you want). To live in fear you know what it means to be a slave. We had anger, (anger, is nothing more than fear  inaction).  Lack of power that was our dilemma, but  what were we to do now? 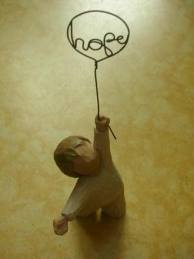 We give hope to the hopeless, that hope has to come from a power greater than ourselves. As alcoholics in recovery we all had to find a higher power, for some not very much higher just high enough for government work and for some, the master of the universe. In step two we seek a power greater than ourselves that we could live with, and could relieve us from the bondage of self.

In step two we begin our journey to seek a power greater than ourselves, a journey that will take us through the rest of the twelve steps and to a new life.

It is said in step two; we came  (to the rooms of A.A.) Them we came to  (out of the gray fog of  fantasy) then we came to believe that only a higher power could restore us to sanity.

We could, if we wanted to, believe in the traditional God of our fathers or create our own understanding of a higher power. The twelve and twelve suggests we could even take A.A. itself as a higher power; it only had to be higher than ourselves.

In the Big Book we read We needed to ask ourselves but one short question. Do I now believe, or am I willing to believe, that there is a power greater than myself ? If your sponcee can answer yes I do we tell them in the most strongest terms possible that they are on there  way!! 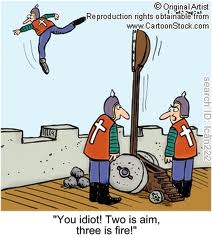 The Big Book and the twelve and twelve call that power God. We could have our own unique concept of a higher power, as long as it was greater than ourselves.
To be doomed to an alcoholic death or to live on a spiritual basis are not always easy alternatives to face

Religion was for people who didn’t want to go to hell; spirituality is for those who have already been there. 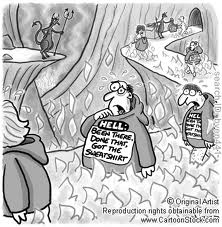 Been there, done that, got the sweat shirt.

The humbling process that started in step one continues in step two. All we have to know about God is that we are not God.

We were insane; a definition of insanity is doing the same thing over and over again and expecting a different outcome.

Why would we keep repeating the same behavior, and somehow think things would be different. Having a couple of drinks just before an important job interview, just to steady our nerve. Always insisting we could drive a car, boat, or even a plane. When we are in our fantasy world we believed we could these things with impunity, regardless of past consequences to the contrary.

Fantasy land is a lonely world, we have everything we want but no one is admitted, not for any length of time. Step two put us into the process of getting into reality. We can learn a new happiness and a new freedom. For some being truly alive, for some that meant a  freedom that was all but forgotten.

Can we arrange that restoration to sanity?

No, it has to come from a higher power.
We try with all things worldly. Can a better paying job, a prettier girl friend, a new car, a bigger house. No none of these things work. They do not have the power to restore us to sanity.

Who or what has that power? 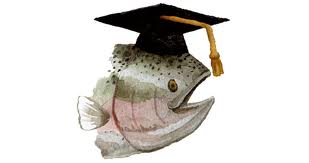 God as we understand God does. Once we acknowledge that power, we can then align ourselves with that power.

Could restore us to sanity

No matter how good things get it, will change ,we begin to accept reality. We don’t drink no matter what! We concede to a power greater than our selves and know as we acknowledge our God, all things will work for our growth and our good, we learn to live in acceptance.

According to the AA Big Book ,step two is completed when When our adventures before and after have convinced us of three pertinent ideas.

Ask your sponsee do you believe that a power greater than yourself can relieve your addiction and restore you sanity?  if they can answer in the affirmative they have formally taken step two.