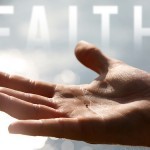 The Simplicity of The Twelve Steps- Step Six (Willingness)

I’ve always found it rather fascinating that the sixth step, as written in The Big Book, is composed of five lines suggesting a task which appears to be nothing more than a momentary willingness check-in previous to the declaration of the seventh step prayer.; and yet, fifteen years later the book Twelve Steps and Twelve Traditions claims this step to be:

“…the Step that separates the men from the boys.”

Consider the letter that Bill Wilson wrote to The Grapevine in 1958 entitled “The Next Frontier,” where he admits that:

“Suddenly I realized what the matter was. My basic flaw had always been dependence – almost absolute dependence – on people or circumstances to supply me with prestige, security, and the like. Failing to get these things according to my perfectionist dreams and specifications, I had fought for them. And when defeat came, so did my depression.”

It would seem that his understanding of what it truly meant to be ready to have your liabilities lifted at five years of sobriety (when The Big Book was written) and how he understood it at twenty-plus years of sobriety may have been quite different.

This is not suggest that the data we are provided in the book regarding Step Six is insufficient or incomplete; simply that, for most of us, a short examination of what it is that we are getting our hands off of, and the possible depth of our investment in these things, in advance of proclaiming a proud “yes” to the questions posed is probably worthwhile.

This has all to do with the reason that I have always been drawn to the phrase “character defenses” along with the phrase “character defects.”  I believe they both apply.  The patterns that been at play in my life contributing to my downfall were, most certainly, reflective of major flaws in my design for living.  Additionally, I became aware that I did not choose this design for living as preferable to another design for living.  I did not know that there was another design for living.  Therefore, the tools of lying, cheating, stealing, manipulation, fighting, drinking, drugging, etc. were more than things I was employing; they were defense mechanisms.  I did not do these things because I was a bad guy.  I did them because I was a scared guy; a guy who desperately needed to feel safe.  And these things seemed to be helping keep me safe.  These liabilities, for a time, worked.  I truly believe that without all of the above mechanisms I would surely have been a teen suicide.  Growing up in a dysfunctional family system where there was no safe venue where my feelings could be healthily tended to, if I did not have these artificial ways of anesthetizing myself, I can’t imagine I would have lived long enough to stumble upon this program.  In these ideas, I can come to realize what Bill was talking about in his letter.  This step is not one to be brushed past.  It does not take long, but we want to be aware that the willingness we are being asked to manifest is no small feat.  It is a critical and powerful component in our walk toward the sunlight of the spirit.

The data that The Big Book provides us for Step Six is the following:

“If we can answer to our satisfaction, we then look at Step Six. We have emphasized willingness as being indispensable. Are we now ready to let God remove from us all the things which we have admitted are objectionable? Can He now take them all – every one? If we still cling to something we will not let go, we ask God to help us be willing.”

What we have here is a review, a reminder, two queries and a caveat.  The book will often begin a new step by referring to the previous step in an effort to make sure that our work is thorough.  At the beginning of Step Six, what they are asking us to answer to our satisfaction can be found in the final paragraph on page 75.  We are to ask ourselves if we took our full hour of quiet time, remembering to review what we’ve learned, thank God and ask if we have omitted anything.  If we can satisfactorily say that our foundation is solid, we will then be reminded that, while we have displayed great willingness to this point, there is work to be done and our willingness will continue to be the key.  This is, essentially, a reminder, or a reaffirmation, of the warning within the fifth step promises, “The feeling that the drink problem has disappeared will often come strongly.” The appreciation of the progress we are making is wonderful; mistaking the progress for recovery from the illness is design for relapse.

Additionally, we have the secondary question, “Can He now take them all – every one? Whereas in Step Two we are simply asked if a higher power might exist, we are now being asked a larger question- “can the higher power which you have chosen to believe in pull off this very particular task?”  When I encounter someone who is willing to believe in a higher power but struggles with whether that power can take this kind of personal, vested interest in their lives, I generally engage them in a series of questions:

This almost always affords them the wherewithal to answer “yes” to the second question.

Finally, if the prospect finds themselves unable to get on board with either or both questions, the book attends to this with the last sentence in Step Six: “If we still cling to something we will not let go, we ask God to help us be willing.”  Clearly, if our co-founders deemed it necessary to write this caveat into the step, than it can not possibly be irregular or abnormal for a prospect to find themselves unable to accomplish the task completely.  Therefore, if the prospect claims an unwillingness to be free of all these things or an unwillingness to trust that God can help, we give them a day or two to pray for the willingness to be willing and re-engage the questions later.

On the other hand, if they can hold both questions as accomplishable and voice the readiness to move forward, than we look at the next paragraph on page 76 where will find the directions for Step Seven.