Browse: Home / How soon can I sponsor somebody? How many sponsee’s are too many?

How soon can I sponsor somebody? How many sponsee’s are too many?

How soon can I sponsor somebody?

And thirdly the code is more what you’d call guidelines than actual rules.

A stone not set nor concrete fixed, the suggestion is the sooner the batter will rise when you get into the mix

There are no rules about when you can sponsor somebody, and there would be exceptions if there were rules. Nevertheless, some general guidelines that are probably good for both you and your prospective sponsee are listed below. Not every program member will agree with them.

1)  You have a sponsor yourself

2)  You have worked at least the first five Steps (Until we had talked with complete candor of our conflicts, and had listened to someone else do the same thing, we still didn’t belong. Step Five was the answer it was the beginning of true kinship between God and man (we will be amazed before weare halfway through). Step Nine is before halfway)

5)  You are working the Steps

Some would argue that a year of continuous sobriety is necessary to secure a solid foundation strong enough to sponsor. The suggestion comes from the idea that who we are now, will not be the same person after a year of sobriety. It is also suggested not to make any sudden and life altering decisions during your first year of sobriety. 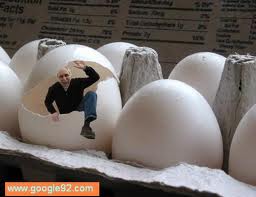 The other argument is you must have worked all Twelve Steps. the Twelfth Step states having HAD a spiritual awakening as THE results of these Steps ,it alludes to the fact that we have already have had a spiritual awakening, not that it suddenly appears by working the Twelfth Step.  This again there is no hard and fast rule, I suggest to my sponsees that they are ready to start sponsoring after Step Five and the only condition is that they have to stay one Step ahead of their sponsees, you can’t give away something you don’t have.  The A.A. pioneers worked the Steps right away and then passed it on right away; the question you need to ask yourself is How long can you tread water Noah?

How many sponsee’s are too many?

How long is a piece of string? 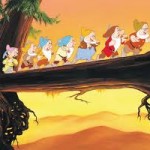 It depends on the sponsor’s personality, the circumstance of your life and your degree of your preferred involvement with the sponsees. It also depends on how long your sponsee has been sober, since newcomers require much more time and attention than mid-timers. Only you can decide. I had seven newcomers at one time it was stressful and counter productive I was short changing them as well as myself.

I find two or three new comers are workable for me. I can give them the sufficient individual attention necessary to have them complete the Twelve Step process in a timely yet thorough manner. I f you are an experienced sponsor there is pressure to take on more than you can handle because I have found that like in the world of commerce 20% of the people are doing 80% of the work.

Our grandiosity is easily fed by the attention of numerous sponsees 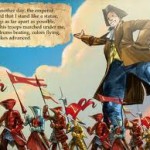 So we have to be careful about having too many. I have known program members who compulsively collected sponsees and moved with an entourage from meeting to meeting. There is a limit to the number of sponsees we can work with effectively. It is a disservice to them and to ourselves if we develop a sponsee addiction. Having one sponsee at a time can be just as rewarding; everyone’s circumstance is different. Sponsoring keeps you into action with a program that is fresh and alive. You are also becoming of maximum service to God and your fellows. To become an experienced sponsor, you have to sponsor.