Browse: Home / How do I fire my sponsor?

How do I fire my sponsor?

HOW DO I FIRE MY SPONSOR 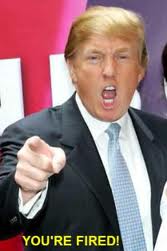 Severe all communications; turn right when your sponsor turns left. Your sponsor will get the hint when you refuse to make eye contact. Start a fight with a war of words, let him know who’s right and then you can leave in a huff. Alas, these ploys are just not us anymore. We go to our sponsor with love, respect and the utmost courtesy. They have given of their time and talents freely for our well being and growth. We make an appointment to discuss the reasons for our decision. We attempt to access the humility that so often eluded us.

Some of the reasons for changing sponsors-

IT’S LIKE MAKING A DENTAL APPOINTMENT, IT ONLY HURTS WHEN YOU SMILE

If you’re changing sponsors because of something negative about your sponsor, make an appointment to discuss your reasons for changing. By doing so, you will help your sponsor examine their own behavior. You will also get to practice being honest and living up to your responsibilities. Regardless what your sponsor has done lately, your sponsor has been a help to you in the past. You owe your sponsor the courtesy and respect of saying good-bye and formally releasing them from their sponsorship role.
If you don’t have the courage to formally end the relationship, you can of course, simply not call your sponsor anymore. This method is not recommended and indicates a lack of recovery and maturity. Ultimately, a good sponsor will confront you on this behavior, and the issue will come to a head anyway. But the ending will be less satisfactory to all parties concerned.