Browse: Home / Step Four, Courage To Look In The Mirror Without Our Disguise

Step Four, Courage To Look In The Mirror Without Our Disguise

The Simplicity of The Twelve Steps- Step Four (Courage) 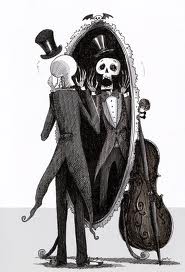 Of all the ways in which we have radically complicated this incredibly simple program, what’s happened to Steps 4 and 5 is probably the most egregious.  We have managed to take a process which was designed to be done in a single sitting, in as little as an hour, and turned it into the equivalent of a doctorate-level thesis.  New alcoholics find themselves saddled with endless pages replete with multiple columns and enough data to keep a forensic scientist percolating for days on end.  How does it make rational sense to send a fragile, confused alcoholic back to his isolationist domicile to sit alone, for months, marinating in the shame of the wreckage of his past?

Think about this logically.  It’s YOUR story; things that happened to YOU.  There’s no research necessary.  You don’t need to hunt down quotes.  There’s no citations or bibliography.  Who are you pissed at, what are you scared of and who did you hurt?  That’s the task?  If you meet the average alcoholic in a bar at one in the morning, they could roll those lists out for you in completion inside of seventeen minutes.  And you’d probably hear them whether you wanted to or not.

What’s really amazing is that one of the few parts of The Big Book that nearly everyone utilizes consistently is the one section that is not consistent with the original design.  Almost anyone doing a 4th Step these days is probably, in some way, utilizing the column inventory example of Page 65.  In the first five years before the book was written, there were two predominant methods for doing a 4th Step: “The Bill Way” and “The Bob Way.”  The Bill Way is what you’ll find on Page 65.  The Bob Way is called an Assets and Liabilities checklist.  This is essentially a grid resembling a football betting pool with the names listed across the top, and what had happened with that person (or place or thing) along the left side.  And along the right side would be the corresponding assets we need to strive for.  The filling out of the list was nothing more than a series of check marks denoting the things that needed to be spoken through in Step 5.  It’s quick.  It’s simple.  Rather than three or four separate lists, the resentments, the fear and the harms get attended to simultaneously in a single grid.  It looks something like this:

As the program began to grow, Bill essentially took on the role of the P.T. Barnum of the thing, pushing the growth and the potential influx of dollars.  It was Dr. Bob and his crew carrying the message to new alcoholics and, consequently, everyone was using the Assets and Liabilities checklist to do the work.  Even still, it was Bill who took up the role of lead author for the book and Bill like the column inventory and so Bill put it in.  As it happens, in all of the A.A. archives (of which there are many, detailing exactly was going on meetings throughout the country) there is not a single scrap of evidence of anyone using a column inventory previous to the advent of the treatment centers.  While there is nothing intrinsically wrong with using a column inventory, for someone just entering the A.A., it is a complicated way to accomplish a simple task.  And it has led to expanded versions making the job so absurdly complex, it is all but sure to have an alcoholic running for cover.  You wanna see unmanageable?  Check out this madness:  http://www.royy.com/step4.pdf.  Why are we doing this to people?

“The first thing apparent was that this world and its people were often quite wrong. To conclude that others were wrong was as far as most of us ever got. “

If seeing the wrongs of others was as far as we had gotten, how are we going to be able to figure out our part in our resentments?  The root of our problem is selfishness.  The selfishness is driven by self-delusion, therefore we are not only selfish- we are selfish and we can not see that we are selfish.  To individually understand my part in my resentments demands a release of selfishness.  That release does not begin to happen until Step 7.  It is not even identified and uncovered until Steps 4 and 5.  Now, considering that 4 are 5 are the very steps that the person is working on, how can you ask him to attend to a fundamentally unselfishness task when he is still loaded to the gills with unseen selfishness?  And how long do you think this poor soul is going to spin in confusion and frustration before he has a bottle in his hand?

Bottom line- It’s a simple program.  If you are working on a part of the program and you are aware that it is not simple… then it is not A.A.

As to the applicable text, we turn to the last few lines on page 63 (carrying to the end of the paragraph on 64) and read:

“Next we launched out on a course of vigorous action, the first step of which is a personal housecleaning, which many of us had never attempted. Though our decision was a vital and crucial step, it could have little permanent effect unless at once followed by a strenuous effort to face, and to be rid of, the things in ourselves which had been blocking us. Our liquor was but a symptom. So we had to get down to causes and conditions.”

Have you ever heard anyone proclaim that the steps are meant to take a year, methodically working no more than a step a month?  Read the book.  At the end of every single step, the book is entirely clear that we move immediately to the next step:

It is not the job of a sponsor to dictate the rate at which the prospect goes through the steps; the book does that for us.

The above passage explains that unless we follow up our preparation work by “launching” “at once” into the program of action, the “effect” will vanish rapidly.  Once the prospect understands that time is of the essence, we are charged with pointing to the passages that lay out the three major building blocks of a proper fourth step:

Our first component, and really the driving force of a fourth step, is our resentments:

The second component is our fears:

“This short word [fear] somehow touches about every aspect of our lives. It was an evil and corroding thread; the fabric of our existence was shot through with it. It set in motion trains of circumstances which brought us misfortune we felt we didn’t deserve. But did not we, ourselves, set the ball rolling? Sometimes we think fear ought to be classed with stealing. It seems to cause more trouble. We reviewed our fears thoroughly. We put them on paper, even though we had no resentment in connection with them.”

And the third component is the harm that we have done to others:

“We reviewed our own conduct over the years past. Where had we been selfish, dishonest, or inconsiderate? Whom had we hurt? Did we unjustifiably arouse jealousy, suspicion or bitterness? Where were we at fault, what should we have done instead? We got this all down on paper and looked at it.”

Using the simplistic grid shown above, the prospect lists every person, place, thing, institution or concept to which they caused harm or harbor resentment or fear denoting, with a series of checkmarks, which liabilities apply to each.  Once everything that they can remember has been listed, the fourth step is complete.

We must let them know that they will forget things and that the things that they do not recall are not applicable to this fourth step.  We will have a daily tenth step and the opportunity to do further fourth steps down the road to deal with that.  Remember, the fourth step is not your life story.  The fourth step is an effort to locate the patterns (causes and conditions) that are blocking you from God’s love.  Once we have those patterns in place, we are ready to move forward.