Browse: Home / Miss-Stepping And All Tangled Up

Miss-Stepping And All Tangled Up 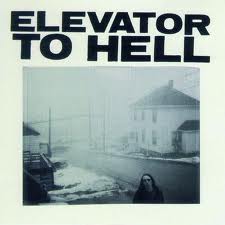 The Twelve and Twelve says “To think of liking lust seems impossible. But how many men and women speak love with their lips, and believe what they say, so that they can hide lust in a dark corner of their minds? And even while staying within conventional bounds, many people have to admit that their imaginary sex excursions are apt to be all dressed up as dreams of romance”.

My first sponsor Kevin passed some sage advice, make of it what you will

Looking for a mate in the rooms of A.A. was like looking for Olympic hopefuls in a polio ward

under every skirt was a slip

That the odds were good, but that the goods were odd

Women are particularly vulnerable, but this phenomenon is not exclusive, men are also at risk.

We have found that people in recovery have a higher I.Q than the average so it would stand to reason that they also have very strong libidos. The years of addiction have produced little or no inhibitions and morality has taken a back seat to gratification.

New comers are used to being validated sexually by the opposite sex. We come into the rooms of recovery sick and wounded people easy prey to the unscrupulous. A romantic diversion comes with the promise of a momentary relief from the pain of mind, body, and spirit. It also distracts us from the work of recovery. Many a new comer has fallen into this trap which in turn has stunted their growth and some have even died because of it.

We like to think that the rooms of recovery are a safe place and for the most part they are. There are those who are sexual predators. They appear as sheep having all the words phrases and humor of a solid recovery. They are but ravenous wolves seeking conquest and unrighteous dominion. They are Svengalis honed in the art of flattery and deceit. They come in as drunken horse thieves and now they are sober horse thieves.

A sponsee with years of sobriety laid eyes on a young woman new to recovery and it was love at first sight. He pursued as men do and won the object of his affection. Being in love there is no pain and as such no reason to do the hard work of recovery. A tumultuous marriage ensued she did not drink or continue to use drugs. We have found that alcohol is but a symptom of the disease and like any disease that goes untreated it only gets worse. He had interrupted her recovery and they both have paid dearly for this indiscretion

My Youngest daughter Christina had finally ended up in rehab center because of drugs and alcohol. It is customary with some rehab facilities to shuttle the residents to local A.A. meetings to help make the transition from organized care to disorganized care. Christina was one such lady who was attending what has now become my home group, (P.O.C. Houston TX). Christina was a very pretty young woman of 19 yrs chronologically, emotionally closer to the age when she first started drinking and drugging that was about 12 yrs old.

Christina was beset with the attention of young men. One of her potential suitors was not so very young, a man of 35 yrs. and also new in recovery. Christina had not obtained even a rudimentary education. The not so young man was collage graduate from A&M. The suitor’s vows of undying love and constant adoration wore her down and in time she was swept off her feet. The bliss of a new love is a very heady thing as two people become one. Two against the world the pain is now gone. There is no reason to do the hard work to achieve recovery. An easier softer way has been found. Why work the Twelve Steps? Why get a sponsor? We now have each other. A marriage ensued that quickly produced my grandchild Claire. The blush was too quickly of the rose and the work of true love was attempted but failed for lack of tools. Christina started to manifest behavior consistent with addiction and their 3½ year partnership ended in divorce. Christina lost custody and went on a downhill spiral. She quickly reverted back to old behaviors putting her in positions to be harmed.

The dreaded ring from the phone call which is every parent’s worse night mare came about 10:15. A former son-in-law had called eight years before with the same such news, that my oldest daughter Julianne had died from an accidental overdose of morphine. I had tried bribing Juliann into recovery with a promise of 500 hundred dollars if she would work her first five Steps, and then besides the money she could come live with me. After several repeated attempts Julianne agreed to give me the name of her sponsor. I called the sponsor late one evening. The young women explained that in fact Julianne had not worked the Steps but had offered her 100.00 to lie that she had. Surely a chip off the old block, Julianne was 29yrs.  Christina was found dead from an apparent overdose from cocaine methamphetamine and ethyl alcohol. Christina was 23 and now is buried at Pine Lawn cemetery a mile adjacent to the P.O.C. AA club. I tell you all this in the hopes this might save even one person from this deadly disease. This is the reason we created RumrRadio.org, a Big Book  sponsorship website, to give direction, inspiration, and understanding. I consider these tragedies as an opportunity of experience to be of maximum service to God and my fellow beings, and by doing so it helps in part to heal the sadness and a loss that would be otherwise,  too much to bear.