Rowdy Rum, It’s where the sage, the wise, and the fool, engage in the recovery duel

We are announcing an alliance today of The Rowdy Rum with Rum Radio. We think this will be a great union of Internet Recovery Chat and Internet Talk Radio. We encourage all of our members to check out Rum Radio at https://rumradio.org/. Every Sunday night at 9:00 Central Time Joseph has his live streaming radio talk […]

Meetings in your neck of the woods 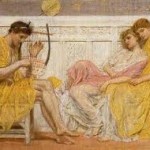 Lambda is the eleventh letter of the Greek alphabet. Lambda denotes the Lebesgue measure in mathematical (set) theory.   Lambda denotes the long-term intrinsic growth rate of a population.   King Louis XIII of France made popular the phrase “lucky thirteen”, for no matter the number so  engaged  the call went out ,”it doesn’t matter, […]

The problem with end of the world is you never can find one, when you need one

Posted in AA Meetings, For Sponsors | Leave a response

Rex shared first on the topic found on page 23 of the Big Book, the reasoning or lack of reasoning of the alcoholic to take the first drink. Rex has been in the spin dry for quite some time and picked up yet another 60 day chip. Rex is most familiar with the subject of […]

The one good thing about repeating your mistakes is that you know when to cringe  Alexander Solzhenitsyn A.A. Conference Approved Myths   A Good Start on and Old Subject By Dick B. http://www.mauihistorian.blogspot.com We begin with the following much-needed article from Pete’s Stuff.  It incorporates the long-ignored Box 459 article that GSO has […]

Woo’s on first, Watt’s on second, and the pitcher was balk ala mode

A balk is a false start with no follow through, having lack luster intent and no singleness of purpose. It’s the failure of a player to achieve forward motion, when placed in a position to be of maximum service The traffic light took it’s time, as it was a little longer than a New York […]

When your transport seems a daunting task

When you’re  marooned and transport seems a daunting task. Its good to remember that there are only two things needed to start a new A.A. meeting, resentment and a coffee pot, the coffee pot is optional. Perhaps a mountain bike, a good pair of walking shoes or a slightly leaky canoe, can be included. There […]