I wouldn’t recommend sex, drugs or insanity for everyone, but they’ve always worked for me.  Hunter S. Thompson

I’m a heroine addict. I need to have sex with women who have saved someone’s life.   Mitch Hedberg

Giggle, Giggle, shame and, kibble it’s a discussion on the sex inventory sighs, lies and a little dribble. 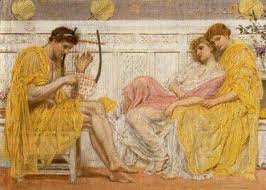 Euripides an ancient Greek playwright was known to be quite the prolific ladies man, upon reaching the vaunted age of 80 he proclaimed in the streets of Athens that his libido (sex drive) was all but gone and with a sigh of relief relished the fact “that a great weight had been removed from off his back and he was now able to pursue his life free and unencumbered”

The Fourth Step inventory asks us to write out and list where we have been selfish and self seeking.

The discussion started at a snails pace and the first one person called on was energy depleted and could not summon the strength for such a heady subject of discussion and opted to pass.

The common voice proclaimed some shame, and lots of pain from the all to regular  incidents of  pedophilia. There were rapes galore,  some as victims and some as volunteers. One fellow named Jeff a street savvy alcoholic, would hustle enough small change to buy a beer at a bar and having the wit and charm to coax a lonely female in her cups for a place to bed and cover  for his head along with a much needed shower, brush for  his teeth and then brush her off only after raiding the fridge for any life sustaining chemistry projects.

Drugs and alcohol were at the wheel and morality took the rumble seat, our libidos rode shot gun  free of any and all pesky inhibitions .

Selfishness, self centeredness we believe was the root of our troubles. 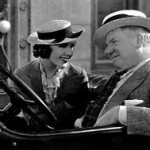 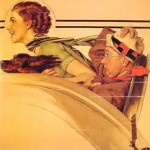 A female voice said for her there was little to no choice since her rape she had been void of any real emotions, the act without feeling, absent  of love trust and intimacy This was  her legacy from being victimized as a child from a trusted and close relation. Sex had become a shear physical distraction empty and hollow, for it went hand and glove with drugs and alcohol and it was like being alone with someone to talk to.

During my drinking and drugging adventures many a debauchery had been well attended. My self centered and selfish Mr. Hyde was most prolific and quite robust. I had settled in with standards of sorts, if the women did not acquiesce (agree) to my amorous  advances and ultimate demands of sex on the first date I would not consider a second date, as she had missed her chance and I went home consigned to babble on and on with  schnapps and a cold shower.

Of course some women will not consent because even though they would love to tussle in  the sheets, they will refrain as not to give the impression they were easy and  cheap and thus in a hope to insure a second and  even a third date and reaping the fruits of a  long term romance while obtaining  the vaunted “good girl” title reported to be the marrying kind.

In my days of wine and many roses the  three date minimum was considered  proper etiquette  to lay,  laid down by COSMO (The liberated women’s monthly magazine) made up the rules of accepted social promiscuity. Of course my rules were capricious as there was no guaranty for a rematch even if she had been forthcoming with her favors. For the most part it solely depended upon supply side economics.

I was comfortable as rouge and all were possible prey in my ever widening scope. I would approach a woman and asked if she was married, and if the answer was yes, I then would inquire “do you fool around”?

My sprees had no conscious of action, of cuckolded husbands or abandoned children; there was only my immediate need for conquest and immediate gratification that was continuously fueled by drugs and alcohol.

I participated in Cocaine use because I liked the smell; actually I did cocaine because it drew women in like mouths to a fire sale at Bonwit Teller.

That brings us to the law of spontaneous generation an accepted scientific argument from  1664 to around 1850, that stated in decaying matter the elements of other matter were  present. To make it simple, if a piece of cheese was put in a corner of a room in due time a mouse would appear where the cheese had been, and the conclusion was that the essence of the mouse was in the cheese.

Today this theory has been all but debunked, but I do believe I have the makings of a clue  that there was definitely proof of this outrageous scientific phenomenon was true. If you put an eight ball of cocaine on the kitchen table and within a very short period of time there would be a barely audible knock on the door, a coke whore who just happens to be passing by would be inquiring as to the possibility of a bump. (A line of cocaine), proving the essence of the coke whore was in the eight ball of coke for in the blink of a nostril the coke would disappear and the lass would be quick to endear her gratitude, and  then she too would be gone as quickly as she had appeared. 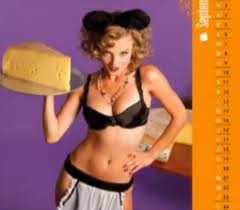 I will not date anyone who finds me attractive

Have my relationships and/or sexual behaviors been based in selfishness or love?”

Where I was selfish, dishonest, self-seeking and afraid, the steps and particularly the Fourth Step we can confront our behavior

Sponsee’s are always quick to wish to make amends to former girlfriends. I suggest some or these  amends are best left unsaid, and avoid the sparks that may raise the dead.

The Steps have given me a new freedom and a new happiness as I continue to grow spiritually I also grow in effectiveness. Where once a rounder. bounder, and a cad. I now hold the highest respect for woman and for myself and will not become physically intimate with a woman unless we are legally and lawfully married. Talk about the world turned upside down, but less you forget I am an alcoholic and live for the extreme for good or for ill, for I will always seek what might be over that  next spiritual hill.

I’m at the age where food has taken the place of sex in my life. In fact, I’ve just had a mirror put over my kitchen table.   Rodney Dangerfield