Lambda is the eleventh letter of the Greek alphabet.

Lambda denotes the long-term intrinsic growth rate of a population.

King Louis XIII of France made popular the phrase “lucky thirteen”, for no matter the number so  engaged  the call went out ,”it doesn’t matter, it’s Just Louie”. He used the letter lambda as his personal symbol rather than monogram. 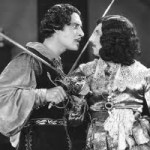 The Primary Purpose group right here in “Space City” had recently felt the sting of the fire marshals unwelcome and repeated telephone rings and his instance of the city’s fire code and its blatant violations and the pending habitation revocation. The more than modest group’s home had seen better days, as it looked like a place where alcoholics would go. Our sister group a few miles away was a Lambda, a group so named to alert the Gay and lesbian community that folks with like and type experience could find a safe haven and home. 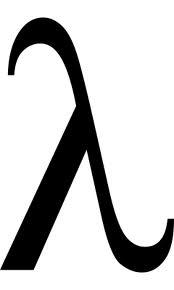 Some might decry affiliation; I would tell them this, it’s more like a birthright definition of condition. Lambda held out its hand to rescue the stranded group and give a temporary place to find communal shelter whilst maintaining   the group’s confidence of an intact and regular consistency of  meeting protocols. The rumpus room where dances and parties were held or it would be opened in times of overflow, crows with its 70’s disco ball as part of the flamboyant regalia, was gleefully afforded the orphans until a permanent location could be sought,bought and adopted.

When you’re going forward and leading the march, never turn around as you just might find yourself alone when you’re out of the box

I was a bit hesitant at first blush to acquaint myself that far out side of my comfort zone . It was curious as homo phobia had long since escaped upon the realization how little I really was, and judgment had long lapsed from recent memory, while stones could not be hurled by a nothing and a nobody while residing  in my neck of the glass house quarry.

I’m nobody! Who are you? Are you nobody, too? Then there’s a pair of us — don’t tell! They’d banish us, you know. Emily Dickinson 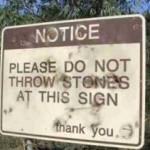 I found myself in the neighborhood of recent events and girded my loins to find the place. My G.P.S. named Grace found for me the easy street entrance. I was late but found a seat close to the door, it was the Lambda, not the Primary, well even better, and as they don’t know me my reputation could stand idle in the parking garage.

Towards the end of the meeting I raised my hand and introduced myself “My name is Joseph—– and I am a grateful recovered alcoholic.  I am a stranger here stranger than some, but not any stranger than most. I was part of the primary group but had not participated for some time as for the distance to drive. I explained that I had never been to a lambda meeting before and was a little unsure perhaps because the unfamiliar is uncomfortable and feelings are all about opinions, no matter how sound and how unreasonable the judgment of logic..  I was a hetero and had two sides and both were male, although I did enjoy a good show tune now and again and simply adored Judy Garland.

My sexual orientation would closely resemble Angelina Jolie. Alas a married woman and a mother of an ever expanding brood and the furthest fetch even for a fantasy lacking even the hint of a clue. I am enamored almost as much by her exotic femininity as her natural maternal warmth of giving. As The U.N. ambassador for refugees she would be the mother to all the  orphans of humanity. 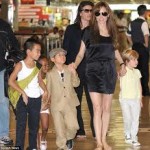 I went on, that I did not judge any individual by the group, that only a pea wit did that, that I found each as an individual and that I hoped they did the same with me. I viewed the Gay community as I would the Irish, for everybody knows that ‘when Irish hearts are smiling all the world seems bright and gay” Me being an outsider to the gay community I did see one intrinsic pitfall, to whit “being a sharp knife in a drawer of sharp knives could cut at times with a finer edge”.  alas and henceforth convectional A.A.  for me will seem to be a little blunted. I concluded my remarks on topic with my E. S. H. with and on and about the Sixth Step. 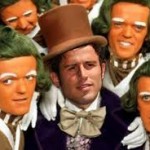 The meeting closed in the usual manner and as it is my custom I carry RumRadio.org recovery cards, I place myself (hopefully not in a position to be harmed) in a strategic location and try a minimal engagement as to their liberal dispensing. I found the Lambda community at large to be opened minded and accepting and most polite and perhaps since they have been vilified in our culture they are intrinsically more opened minded and less likely to have contempt prior to investigation.

I know in some form or fashion we are all called upon to carry our cross ,who picks their cross, all I know in  my personal view ,it’s about  love, tolerance  and service while “We” help  the next sufferer  climb over that next  hill, double cross, disco ball and all.