Browse: Home / For Sponsors / Brutal to the noodle, mincemeat or strudel

Brutal to the noodle, mincemeat or strudel

Last evening a newcomer named Kevin engaged Glenn and I in a self absorbed pity party in the half measures smoking section. Kevin went on and on how his life was fearful and fraught with hopelessness. I listened intently with young Kevin’s rationalizations, justifications and minimizations.  Kevin stated that he had a Big Book Glenn asked if he had read it. Alas no was his reply, did he have a sponsor? Again no, as he could not find quite the right fit and to make matters worse he was perplexed by confusing and contradictory  opinions overheard in meetings   Kevin confided that his first 30 days he had hope, but slowly it had eroded. Kevin started to go on how it didn’t work, 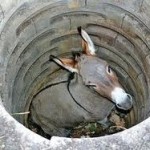 I asked Kevin I f I could make an observation: I told him he missed his window of opportunity in his first 30 days to get a sponsor and start working the Steps. That He didn’t know what the #%@& he was talking about as he hadn’t read the Big Book or worked the Steps, that he was lazy and didn’t’ want to do the necessary work and that he didn’t have what it takes to attain and maintain long term sobriety and that he was wasting his time here that he might as well give up and go home. 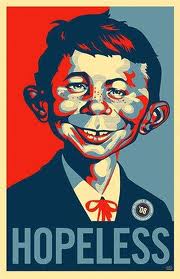 I left to catch the end of the meeting. On the way out Jeff a very large fellow whom I had given a tongue lashing several days before as he had taken the meeting hostage with ramblings of a family everyday comings and goings I spoke up and asked what the @#%& had this to-do with A.A? The only thing that was missing was a slide show of points of interest and the family album. I explained in no uncertain terms that we shared in a general way; there was a newcomer at the meeting with her sponsor. (The sponsor told me thank you for reining him in and since then she has become a fan of the website) what it was like what happen, and what is it like now. Jeff was taken up short and had considered knocking my block off. He now has become a fan as well and is able to follows simple instruction. Jeff shook my hand and said Brutal honesty and called over to Kevin and said He loves you! You just don’t know it yet. 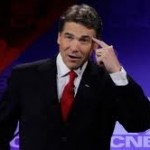 I entered the meeting room and was called on to share even before I found a chair. I inquired as to the topic, there was none what is ever on your mind was the reply, Ok, fine and went on about the recent occurrence.

As I concluded speaking Kevin and Glenn walked in and Kevin shared for a brief moment. After the meeting I give out RumRadio.org business cards and Kevin asked if he could have one, certainly I responded then he asked if I would be his sponsor and then I asked the two leading questions, have you had enough? And are you go to any length to achieve sobriety? both questions  were answered in the affirmative. I then said You can get well from this disease of mind body and spirit,but there are certain things you have to do and the first thing is ( I directed him to Clancy’s seven questions these need to be  answered by and returned to me  by the following day here’s  my phone number and I expect your call. Glenn sat in the back,  his face a affixed with a wry grin that said it all.

disclaimer: I do  not as a rule  interject during a share  as I believe  love and tolerance is our code, but I have been going through a deep depression as of late and “depression is anger with no enthusiasm” so it’s more of a guideline than a rule when my enthusiasm runneth over

Posted in For Sponsors