Browse: Home / Spiritual / If Bill was the sail Dr. Bob was the anchor 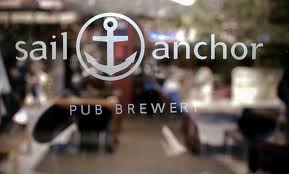 The least two likely of men , as they were less than kin and more than kind, more than friends and less than brothers.

Bill was the consummate entrepreneur, someone of import I reckon, a mover and a shaker with a masculine allure was his conjured up self image.  The appeal of notoriety and the riches of Babylon were just around the corner and over the next hilly horizon. Bill was clever and had a winning smile he had a way with words and could easily turn a phrase at will.

The stock market of the late 1920’s was a dizzying and dazzling affair, the amassing of paper margin fortunes and penny stock millionaires. The crash sputtered and stalled like a tin Lizzy that had given her all. Most were in denial as the margins were called, a slight market correction (aka as the Great depression) and the return of the halcyon hay day would soon be back in style, until black Tuesday when she went over the cliff driven top down into a bottomless ditch.

You were hard pressed to find an umbrella in New York City that day for it was raining ruined stockbrokers and pouring broken millionaires from high above the finest addresses and down onto the penniless pavement of town square. Bill took it all in stride, a veteran of the Great War you would not catch him dead with such a flyer. 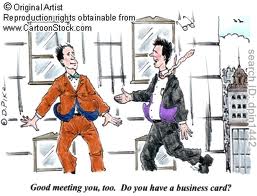 This was viewed as an opportunity for a man of destiny; Bill would go to the source, to the headquarters of potential investment companies and ferret out the bottom line, a warren buffet approach long before it’s time. It was a little friendly industrial espionage to get the edge, the angle, and the jump on some solid insider out trading instead of relying solely on the occasional hunch.

Bill settled his accounts and set off in style with his ever dutiful wife Lois in the motorcycle side car packed in with the tent and the ever present bottle of spirits of alcohol to enhance the thrill and ward off the open road chill. Agnosticism comes natural to he that would be king, for Bill believed in Bill and that someday he would be at the top of his game, if not at the top of the hill.

Dr. Bob was an unassuming man, with a quite and polite disposition. A man of letters and of a deep religious conviction, a reader of the Good, and betters books, an avid reader, and with all his understanding, knowledge, and deep wells of fortitude his will had no power over demon alcohol, and its ultimate butcher’s bill.

Dr Bob was a two fisted drinker with hands the size of diner plates, and always maintained the surgeons delicate touch even when hung over from drinking too much, And not even those horn-rimmed glasses could hide the penetrating gaze that was almost a glare when he first met Bill at Henrietta’s domicile

Two men that would have never mixed, socially, economically, or spiritually, were joined together at the hip, to bring to pass a fellowship of the spirit. Two co-captains who launched and piloted a ship of Twelve Step recoveries to rescue thousands lo tens of thousands who were drowning in a sea of alcohol and drugs.

Dr. Bob had sponsored 5000 men, introduced prayer and meditation read out of the Good book and was always about his Fathers business, God’s business.

Dr Bob had the spiritual awakening, line upon line and precept upon precept, here a little there a little.

Bill W was the front man with social skills and bill board thrills, a ladies man with an insatiable libido. A motivator and a mans man who kept his eye on the next horizon, not so shy as to ask John D for a half a million dimes, and viewed the Big Book as the next best seller.

Bill had a spiritual experience, sudden and pronounced in the shortest period of time.

These two men were the sort you could find in any of society’s produce isle section under the organic and common garden variety drunks.Not giants, princess, or saints, but flawed human beings with feet of clay. Let those amoungst us with out flaw or defects of character cast the first epithet.

This collaboration lends to prove that the boss of the universe used the least things of this world and has quite the sense of humor to boot.