Browse: Home / Featured / Nobody ever forgets where they buried the spiritual axiom

Nobody ever forgets where they buried the spiritual axiom

It is a spiritual axiom that every time we are disturbed, no matter what the cause, there is something wrong with us. 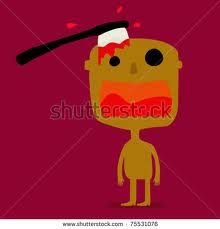 If somebody hurts us and we are sore, we are in the wrong also.  But are there no exceptions to this rule?  What about “justifiable” anger?  If somebody cheats us, aren’t we entitled to be mad?  Can’t we be properly angry with self-righteous folk?  For us of A.A. these are dangerous exceptions.  We have found that justified anger ought to be left to those better qualified to handle it.

A spiritual proposition with a wrinkle or two

Richard a friend of a friend had long term sobriety and always had some very intriguing and thoughtful shares. Richard has gone the way of all flesh for he was on the clock from having done much too much methamphetamine. Richard had been told by his physician that his heart would give out from the taxing abuse in about five years, he lasted six.

Richard did get his fifteen minutes of fame as promised by Andy Warhol. Richard had two guest appearances on the Oprah Winfrey show. Richard was one of the supporting characters in the book and then the movie “Eat, Pray, Love” Richard from Texas  “if you want to get to the castle of groceries, you have to swim the moat” 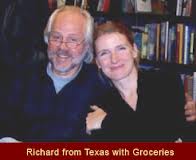 I have learned silence from the talkative, tolerance from the intolerant, and kindness from the unkind; yet strangely, I am ungrateful to these teachers.     Khalil Gibran

Richard was one of my most unexpected teachers. Richard was a dedicated practitioner and follower of Siddha Yoga. Siddha Yoga is a spiritual path that is guided by the meditation teacher and Master Gurumayi Chidvilasananda.

I am a member of The Church of Jesus Christ of latter day saints (a Mormon). This created a polarity and a disparity of charity as Richard would on occasion ridicule my Christian understandings and perceived ritual of beliefs as deleterious and inconsequential at the very least.

Richard had an innate ability to evoke feelings of enmity, hostility, antagonism, animosity, rancor, antipathy, and animus, by doing so he would  receive a form of  vicarious pleasure and even an increase in his energy  level from the pain and suffering of others. I still believe that this is the antipathy of evil.  If evil is about intent I believe he engaged in such a way to make one consider an alternative philosophy but  his method  only produced enmity, disharmony, and rancor.

I had once quoted a scripture in a meeting that Richard was attending as it was germane and to the point but the threat of Christian understanding was emotionally incendiary to Richard. I was not uniquely selected for this abuse as Richard would do this routinely to anyone that disagreed with his philosophy. Terence was the friend of a friend and Richard was his best friend. Terence in the end was not even immune from Richards’s animus and their best friendship was brought to a grievous cross roads ending.

My biggest lesson came when I was running late to a recovery meeting at Hill toppers. I walked in as Richard was sharing with great passion and enthusiastic aplomb, he went on that he found anyone who would intentionally cause someone any form of distress, pain or anguish was a reprehensible reprobate. My chair nearly slipped out from under my butt. The behavior he found most unacceptable was his very own, for in him it found a safe harbor and a familiar home. The A.A. adage that when we point a finger of accusation that there is three fingers pointing back at you, (the accuser.) 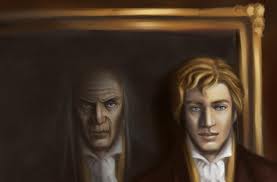 If we could see ourselves as other people see us, we would disappear on the spot Cioran, E.M. Philosopher

That if God gave us the power to see ourselves as others see us, it would from many a blunder free us, and foolish notion.” Robert Burns, Poet.

When I come across my own hidden character defects that I can readily perceive in someone else, I am disturbed.

When I am already fearful, Hungry, angry lonely or tired the interaction no matter how benign, a row can easily occur because there is something already wrong with me and any interaction I am prone to a “left handed” outburst of emotion deflected to an innocent third party.

The other night at Primary Purpose here in HoustonI had attempted once again to give a newcomer young lady a RumRadio.org business card. She was initially intrigued to receive it as Big Book sponsorship information.

I engaged her in the telling her of what she find on the website, when a longtime nemesis Tara (the terror) and the new comers  sponsor gingerly grabbed her to whisk her away from our conversation with that’s enough from you!

In a moment I let go with an epithet, oops years of badgering and frustration found its way into my mouth.

She then instructed her sponsee to rip up the card, I said just give it back I only had a few. I was talking to another newcomer and Tara’s physically  ripped boyfriend accosts me and tries to pick a fight, he is about 25 yrs. younger and a head and a shoulder larger,  as the push came to shove and he saw I wasn’t backing down he let it go with I can hurt you “old man” he was pulled away before any blows were landed.

I quickly decided that I had the perverse lips and apologies of forgiveness was in order and if nothing else I have learned that crow is easier to swallow while it was still warm. I made my way to Tara and asked for forgiveness, for my behavior she readily agreed and proceeded to take her pound of flesh. I asked if she would only take a look at the website we could put this rancor to rest.

She said she had looked at the site and with a surprise to her acknowledgement I asked then what was the problem? She replied you were hovering over her. I said you know we have had 180,000 hits to the site and she screamed back “I don’t want to know any of that”.

Wrath is cruel, and anger is outrageous; but who is able to stand before envy? …

I turned to apologize to Denis the boyfriend her would be protector of his ladies honor, curiously Tara indicated she didn’t want me to do that (I think she was hoping for a little bit more mileage) Denis was readily agreeable and shook my hand twice, I think once mano to mano as I didn’t back down, and then as an acknowledgment of exercising program principles.

I would not have normally reacted that way except that my frustration overflowed, and for whatever reason, something was already wrong with me.