Browse: Home / Spiritual / A Gift Horse With No Mouth

A Gift Horse With No Mouth

Above all the grace and the gifts that Christ gives to his beloved is that of overcoming self.
Francis of Assisi 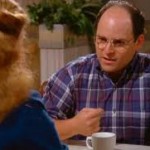 It was a high noon week day brown bagger in the Sugar Creek Baptist Church. The house mouse and local working girls could slip in for a light salad lunch of tossed green recovery with feelings of gratitude on the side. The group had ebbed and flowed and had been there for a decade or so. A few years ago I started visiting there as it was in close proximity to the gym. We were told that the group as of late had been in a probationary state and any infraction to the ever mounting rules would in effect cause a permanent and irreversible extraction. No smoking, even outside, even in your car as being a slight to the sanctity of hallowed ground. All banners, posters indicating your presence must be hidden from view if spied upon even by accident it would be considered an infraction to the piety of the enclave and an insult to the jaundiced eye of their parishioners. All passions of discourse must be held in check strictly no epithets (no four letter adjectives especially when used as a verb)

Churches as of late have taken to the Twelve Steps, begrudgingly at first as wholly unnecessary as for the love and acceptance of Jesus was more than sufficient for a cure to what ails you, but have changed their tune as of late for the Twelve Steps have become fashionable. The sticking point is the “Higher Power” If it be not Jesus and Heavenly Father “God” then they are all but a band of heathens And as self-proclaimed guardians’ of the faith we will set things straight.

All I really need to know… I learned in kindergarten.
Robert Fulghum

For they cannot bear meat now, but milk they must receive; wherefore, they must not know these things, lest they perish. 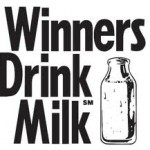 A tap ,tap ,tap on the closed meeting room door, a committee from the host church asks to be excused from the inconvenient barge, as they wish to distribute pamphlets proclaiming their refined version of a better understanding of the Twelve Step program where Jesus and heavenly Father “God” and is the only higher power. A self-righteous groan of leave us alone is heard if not felt by a frail grandmother named Sue who wears the illusion of control mantel and denies access and now has rebuffed our gracious host in their attempt to distribute information so that each could make a decision for themselves. A prickly thorn that will untimely fester and bleed into a justifiable expulsion.

The blister pack summer of 2011 was more like Hell than heaven. The cool air machines ran at full bore as man nor beast could not take anymore and rain had long passed from recent memory. A newcomer, (life’s blood to A.A.) named Chris who had recently been saved by the love of Jesus and found salvation from his spiritual malady of addiction. In his share he was quick to point out how Jesus saved him from his retched state and his exalted exuberance he read of Christian scripture that spoke to his salvation. The dark recoils from the light and not being accepted protocol as to the reading from Holy Scripture is discouraged because a newcomer might conclude “that A.A. is a religious organization bent on their conversion”. I believe a simple conversation as to understanding done in private and a one on one would have more than sufficed to clear up the muddy waters of religious veneration.

Alas a group conscious was hastily called for the next day to make some rules for the insulted few. The regular recovery meeting that preceded “The group conscious” took the prickly agenda in tow and nobody would let go. It was the group conscious before the group conscious and by then emotions started to spike. The defenders of the faith when it was proposed that Jesus could not be uttered, I was personally aghast at the presentence. As for me I started talking everyone’s inventory and claiming a foul to the Traditions. I hate bullies especially when it’s me, and attempted to shut down the unlearned. The epithet of “shit” was uttered from my perverse lips not once but thrice, causing a dissention from the long wilted flowers in a vain attempt to regain the blush of a regained moral chastity. Another group conscious was called hard on the heels and with little or no prior knowledge and it was agreed that all that had perverse lips were to apologize to the group for the lack of decorum.

I was called by Alexis the frailest of the group with health issues of the most dire. She related to me that for me to return to the group an apology was demanded otherwise my presence was not to be tolerated or accepted. I was initially amused that Alexis was the henchman as she is so not confrontational and actually liked most often what I had to share, as she had a note book half filled with my anecdotes and sayings. The cell had an angry ring when Queen Sue tried perching in my ear. Raging and out of control she was screaming on the telephone, Sue let me speak, I implored, as she continued to rage, “you’re a rage aholic” was her accusatory note, I replied, Sue if you don’t let me speak I will hang up, ok then, goodbye Sue.

From time to time I mention RumRadio.org and the growth of the site and to some it is perceived as a threat. I was told some felt like I was forcing it down their throats. In my experience the only folks who don’t like it are folks who will not or cannot gaze upon it, for they have already had made up their minds, and to look at it could mean that they might have been wrong, having never to look, they would never be wrong. For those who have looked and to their chagrin they remain in the contempt of envy.

Envy comes from people’s ignorance of, or lack of belief in, their own gifts.
Jean Vanier 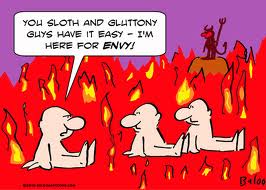 With demand in hand and girded loins I would arrive early as a bird and chair the noon with the Twelve and Twelve and go over the first three Traditions which were so handily being ignored. Early on a large bulky fellow name Jeff was a self-appointed A.A. police and was going to insure that I apologized or would be seen to the door. I told there was no time as it was time to commence but I would be happy to speak to him after the event. He refuse to take no for an answer and followed me to the chair until I whispered my displeasure directly in his ear. The fellow became incensed with my lack of obedience and sought after the pastor to enforce his belief. Pastor Hill and his wife an associate pastor (in charge of the often held funerals, directly across the hall from the A.A. meeting) came down to interject and asked if he could speak to me I left the chair upon his insistence. We spoke but showed him the traditions outline admitted my wrong doing and would refrain from such perverse words, another words no shit ,he was ok with my pleadings but warned that we were on probation and another outburst would mean curtains for the whole of the group.

When the curtain starts to fall, the best thing to do is to get out of the way.

The phone again it was Sue you’re in big trouble for what you did today and what is that I queried? You gave a meeting on RumRadio, Sue said, no it ain’t so, it was on the Traditions, Sue continued if you dare to return the pastor will call the police and have you removed bodily and as you hung up on me, she clicked off now even.

I rang up my sponsor who said let it go, going in to the group would cause more ill than good. I agreed although I wanted to tell the pastor that I was in defense of Jesus as well as A.A. Program principals and realized going through the meeting would be like listening to a chorus of scorched cats.

I sallied forth to the Baptist church office building and inquired of Pastor Hill, he remembered me but sent me to his wife who was In charge of intake for psychological counseling, and the appointment was made for the following day. Upon arrival I was given an intake sheet to determine my profile and the like as a new patient, I went along.
I was then invited in her office when a male associate pastor appeared and I was told it was protocol (my guess a reputation proceeded me) we had a word of prayer and then spoke of the cause of the disruption, feelling more than confident that they would understand my defense of the righteous she invited me to their Twelve Step meeting where I could say Jesus to my heart’s content. Mrs. Hill now confided that they had wanted to shut the meeting down for a sundry of reasons, I asked her to please not to shut it down as some local women as well as men count on its proximity and it’s the only chance they got. I can refrain from going to the meeting as I have other alternatives; Mrs. Hill said it’s not about you! People would leave the meeting and go to the kitchen to get a pall of water (as alcoholics should be immune from thirst in a drought, she wasn’t there but someone told her that there laughter coming from the room it seems she found their joy disturbing) and less I forget the groups refusal to peruse their Twelve Step pamphlet, as she continued to speak of the love of Jesus.

In her next breath she said, if you come back to the meeting we will call the police.
I said excuse me madam is this to show that you are in control; I had said I would not come back.

Man does not control his own fate. The women in his life do that for him.
Groucho Marx

The other male pastor interjected this is just in case you say that now but change your mind. I said so now you’re calling me a liar. I sense the spirit of contention and will end this meeting and I will say the prayer, did so and left. The A.A. meeting was forthwith closed. I have a friend looking in a Methodist church they seem to be more Christian to our plight for sanctuary.

See you on the radio
RumRadio.org
Joseph