Browse: Home / Featured / Titrating Up from spiritual darkness or how I learned to love the higher power hyperbolic chamber of grace.

Titrating Up from spiritual darkness or how I learned to love the higher power hyperbolic chamber of grace.


Last night at the home group it was the regular Monday night football Twelve and Twelve pass, tackle and Step study meeting. We were on the ten yard line with Step Two, a newcomer to the area, the group and, to A.A., who went by the moniker of Marlowe took the opening salvo. He was a young man with hair in the hue of a reddish purple fire engine with a black aul in his ear, the ancient symbol of a volunteer subservient slave. (A large hole in the ear lobe) 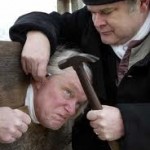 Then thou shalt take an aul, and thrust it through his ear unto the door, and he shall be thy servant for ever. And also unto thy maidservant thou shalt do likewise. KJV

But you’re gonna have to serve somebody, yes indeed

You’re gonna have to serve somebody,

But you’re gonna have to serve somebody. Bob Dylan

Marlowe explained that he was a stranger in a strange land, and that he was barely sober. He was having difficulty with even the most rudimentary directions of up from down, and was without a clue how to get around town. The only way he could find an A.A. meeting hall (that he desperately needed) was by the technical miracle known as the Ground Positioning Satellite device, G.P.S.for short.  Marlowe went on that his new higher power was his G.P.S. I considered the acronym and thought perhaps a little more accurate would be, at least for Marlowe’s needs, a “God Positioning Sobriety” device. 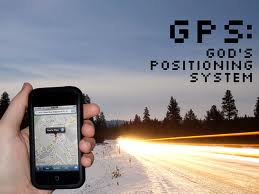 The word Heathen popped up (a person who believes in a less advanced form of religion, especially one with many gods) and the agreement of a higher power being one of the essential ingredients to obtain and maintain sobriety in A.A. The clamor was assured for some had as many variations of God (HP)] as it could be possibly imagined.

Some would claim the most absurd deity only in so doing would attest to their rebellious defiant nature and a personal singularity of uniqueness, many have come into the rooms at war with God, for it was like cutting off your nose to eradicate nasal hair.

We would be in complete defiance for we insisted by walking in the sparks of our own fire even though sometimes it meant being singed to the bone. Humility was an abstract concept, for even to acknowledge a singular creator as a greater thing than me, was too much, we were having none of it.

As our souls were as dark as coal and the first light of spirituality was more than a fright, it was painful, as when shadows recoil from the light. Time takes time.

The wind laughs and the world cries,

And I don’t care anymore.

I can only hear the sound of my head,

Wishing for the oblivion of the dead. 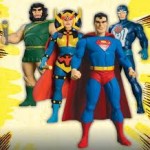 As litany of gods and demigods are paraded for approval all are ratified as a good start and a good beginning, and even on the rare occasion a flurry of passion for good or for ill when Jesus of Nazareth is mentioned 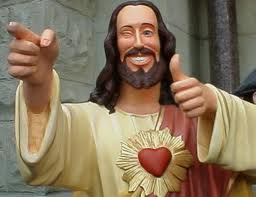 Bill. W said that A.A. was spiritual kindergarten as I often had observed this to be true.  Many  do return to embrace the familiar God of their Fathers with growth and time. As we begin to expand our spiritual experience we also grow in effectiveness. There is a spiritual axiom that nothing grows without opposition, it is also a physical law most noticeable  when gravity manifests itself in the free weight room at the gym. When we grow spiritually we will be opposed spiritually by pin pricks or arrows flight, as we can not grow spiritually and be comfortable, for the  adversarial resistance will always insist on one more  bite.

Behold, ye are little children and ye cannot bear all things now; ye must grow in grace and in the knowledge of the truth.

For they cannot bear meat now, but milk they must receive; wherefore, they must not know these things, lest they perish.      Joseph Ben Joseph

I must confess that I am a proud member of A.A., a place where all are accepted, tolerated without judgment and loved, sounds exactly what my higher power Jesus taught when I humbled myself enough to listen.