Browse: Home / Uncategorized / The student will appear when the teacher is ready…

The student will appear when the teacher is ready… 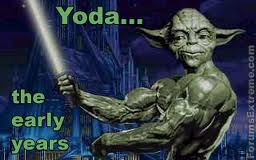 The last early meeting out on the deck commenced hot on the heels of Friday mornings final meditation. The subject was “when the student is ready the teacher will appear” I was running late and slipped in about halfway through.

(As my first sponsor had wisely counseled me that the only meeting your ever late for was your first, and if you made it to the closing prayer that you were right on time.)

I settled in quickly and made up my mind just to listen this time. The shares were good in the shadow of Crested Butte and the meeting was too soon winding down. A long pause at the end as a thought quickly flashed in my head, is this about when the teacher is ready the student will appear” I think they call that sponsorship I said. I followed it up with a joke about the secret to life and true happiness was never to argue, and closed with a laugh.

My roomy and I were having a hard time and with rancor and miss-communication. we were missing the mark as she left in a huff. My part was evident and at the departing flight I tried to make an amends as I have learned crow is best eaten warm and asked for forgiveness for my behavior was at a lost (we apologize even when the fault is else where) but was quickly rebuffed.

I walked a few steps across the terminal and sat next to a young man who was coming down from last night’s bender. A Twelfth Step call was quickly pursued until it was time to board. I dispensed a RumRadio.org sponsorship card and wished him well and gave direction to inter-group to help him locate his first meeting. My seat was the last aisle seat in the very back of a commuter jet, in the window right next to me was my Twelve Step call Jason. The attempted amends put me in a fit spiritual condition. So after all the student did appear when the teacher was ready.

Posted in For Sponsors, Uncategorized | Leave a response