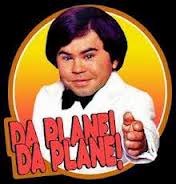 To get well, little charity, in the ordinary sense of the word, is needed or wanted. The men, who cry for money and shelter before conquering alcohol, are on the wrong track.

Yet we do go to great extremes to provide each other with these very things, when such action is warranted. This may seem inconsistent, but we think it is not.

It is not the matter of giving that is in question, but when and how to give. That often makes the difference between failure and success.

The minute we put our work on a service plane, the alcoholic commences to rely upon our assistance rather than upon God.

He clamors for this or that, claiming he cannot master alcohol until his material needs are cared for.

Nonsense, some of us have taken very hard knocks to learn this truth: Job or no job – wife or no wife – we simply do not stop drinking so long as we place dependence upon other people ahead of dependence on God.

Burn the idea into the consciousness of every man that he can get well regardless of anyone. The only condition is that he trusts in God and clean house.

When all my needs are met, when I have waxed the cat, walked the fish and dropped off Jiminy cricket at the vet, and if all else fails then and only then I can get a round toit and then, and only then  will I start working the Twelve Steps.

There’s a knock on the farmers door.  His closest neighbor with a petition of request, can I borrow your ax? The neighbor implores. The farmer without a moment’s hesitation explains that he is building a well and that he needs his ax to complete the task. Oh! Well if that is the case, then I thank you anyway and I will be on my way. The farmer while closing the door spies his young son who was standing a step inside and just out of view had been  listening intently to the now gone neighbors request, junior asks, Dad you’re not building a well? The farmer responded, “Son when you don’t want to do something any excuse will do”.

We carry the message not the alcoholic

My original sponsor Kenneth at one time was living in a pump house on Lake Travis. Kenneth was a member of Mensa (brainiacs of “The round table”) Kenneth was brilliant and like some brilliant people he could be dangerous, especially to himself.

The wealthy are often referred to as being eccentric as the poor can’t afford eccentric, they have to settle for just plain crazy.

We have often found the more brilliant the mind the harder the time it has in surrendering to this simple program, for the ego will hide behind the mask of  the mind, the very same  mind that created it, and in the end the ego will sacrifice the body on the altar of pride in a vain attempt to stay alive, the preacher said vanities of vanities all is vanity.

No problem can be solved from the same level of consciousness that created it.

Kenneth awoke, hung over, in squalor and in filth, he found himself at the jumping off place

Some day he will be unable to imagine life either with alcohol or without it. Then he will know loneliness such as few do. He will be at the jumping-off place.

In a moment of Clarity he knew there was something he needed to do. In my experience most if not all drunks and /or (addicts) at one time or another brush up against A.A. in some form or fashion, it might have been a suggestion from a well-meaning friend, perhaps over heard in an exclamation of contempt from a wino who tried and failed at an all but futile attempt to get well, only to abandoned all hope and deride A.A. as a flawed program.

And then there are those in a moment of alcohol fueled bravado exclaim in a defiant acknowledgement that in fact they are an alcoholic and thus knew how to have real fun and will not be a bore like some glum sober people they know.

Kenneth found his way to the Hope group in Cedar Park Texas, the little yellow house as it looked like a place where alcoholics would go (as it was later described to me) and it really was the last house on the block.

Kenneth drove up in a car long past its prime as it had been recently in an accident and the car was totaled out, he quickly dispatched the proceeds from the insurance settlement with the consumption of alcohol. Kenneth with ingenuity, bailing wire and reams of duct tape kept the rambling wreck rolling along on the south Texas pavement.

Kenneth immediately upon entering the doors was immediately taken in tow by Holly. Holly would grab newcomers as young girls collect stray cats, and would introduce them to their potential new sponsors. Kenneth was introduced to Lance. Lance would assure the newcomer that they can get well from this disease of mind body and spirit but there were certain things that he had to do, And was he willing to go to any length to achieve sobriety?

Lance took Kenneth home, his clothes we quickly dispatched in a black garbage book a shower and soap was made available and a hot meal.  And a meeting of recovery and the outline of the Big Book was also introduced. In short order Kenneth was working a program and was able to find a place it was an old yellow school bus he converted to living quarters, it was located out on Richards ranch a member of the hope group family.

Kenneth today is back at his occupation, a computer programmer and happily married. Assistance was initially forth coming as it was necessary to keep body and soul together, but  he was quickly left to his own devices and thus had to start depending solely on God as he understood him (the spiritual plane) allowing  God to take care of the rest of his needs while insuring acceptance as a spiritual tool..

Kenneth was repairing the brakes on my car when he turned to me and said “I do not have enough money to buy food tomorrow” that statement was an abstract to me, as I always had a stash of cash in reserve and so I had never missed a meal or a place to lay my head for the night. I inquired what where you going to do?

Kenneth replied I am going to do what I always do in these situations, I work with another alcoholic and my needs are always met, and my needs are always met when I work with another alcoholic. This realization had become a working part of his mind, reinforced time and time again through the practical application of program principles. God was doing for him what he could not do for himself, he had made the leap from the service plain, to the intuitive plane and landed  gently back on his feet in the spiritual plain.

One response to “Da Plane Boss, Da plain! Tattoo into your Consciousness, it’s The Spiritual Plain”