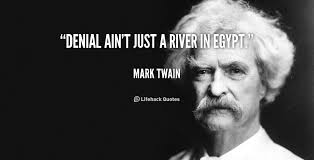 Two weeks ago I was sitting in a group at the Joel Osteen pavilion and introduce myself to a stranger, sitting right next to me, His name was Richard, he started out with that  he had a problem with speed (methamphetamine) I asked if he was addicted?  He said no, I ask how long he had been doing the drug.  He replied 30 years, and he would go through withdrawal when he tried to stop, but insisted that he was not addicted.

I attempted to lighten up the conversation with “This past Mothers day I had considered since I had buried my mother ten years past,

I had a dream that previous evening that I would like to relate to you and the interpretation as well I said.  I was standing on a bank of a depleted body of water and my Mother was about 30 yards away she was standing in from of a house; she was beautiful and young again. There were only a few inches of water that was remaining in the depression and there was also a giant crocodile and it was poised to climb up the embankment close to where I was standing.

I then ask Richard to allow me give him my interpretation of the dream. The depleted body of water was a warning that I do not drink enough water and that I remain in a constant semi dehydrated state and that the crocodile represented a pending illness or ailment that will make it self known if some action to change that dynamic is not addressed. My Mothers image is a warning that the illness could very well be life threatening.

Richard said I to have just had a dream, as well,   I said please tell me, he continued My Mother is dead, she died about eight years ago. My mother was standing in a room the kitchen I think and when I turned her so I could see her. She looked like what she would look like after being in the ground after eight years as her flesh appeared putrefied and hanging.

I said let me interpret the dream, your mother is attempting to warn you from the grave that if  you do not discontinue the use of the methamphetamine that your body is  breaking down and breaking down quickly and your life will be forfeit and you will die in your addiction.

The conversation in the group had continued and the Jewish Lady as she wore a Yakima embroidered with the Star of David was on his left side as I was on his right side and she was sharing about the effects of addiction, as she was not privy to our conversation, I though that it was quite a spiritual affirmation for in the mouth of the second witness the matter shall be established.  I leaned over to Richard and said can you hear God talking to you? He remained silent.

I gave him a rumradio.org card and gave him a heads up on the information on the website and invited him to call me if he wants to find relief from his affliction I saw him last Saturday night and he had sores on his face, I past right by him as if he were a ghost as no one spoke, for he probably looked at me in just the same way.

One response to “Denial, Egyptian Crocodiles, and a River of dry Mummies”