Browse: Home / Featured / This Drunk Dream Is On Me

This Drunk Dream Is On Me


To sleep per chance to drink, to shuck reality for the fantasy that is alive in the subconsciousness of every drunk

“After almost twenty-five years of continued sobriety, one of those dreams entered my sleeping mind.” 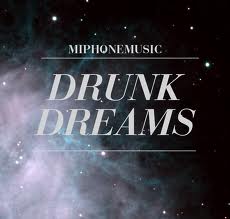 I recently had a “drinking dream.” After almost twenty-five years of continued sobriety, one of those dreams entered my sleeping mind. A “drinking dream,” to those who are recovering from alcoholism, is having a drinking experience in a dream. The frequency of such dreams varies with each individual. For me, it has been sporadic—sometimes years apart and sometimes close to each other. My last one, a few days ago, was after a break of more than a year.

People vary in their responses to their drinking dreams. Some become alarmed and others just accept the fact they had such dreams. For me, I view a drinking dream as a message that my brain is still processing past alcohol exposures to the drug. It is a message of how deeply imprinted are the memories of alcohol experiences which had both stimulated and depressed my body. Yet, I am not alarmed at this phenomenon. I interpret my drinking dreams to be my unconscious mind letting me know of my disease and that I must take personal action to thwart the recurrence of drinking. The message is to go to a recovery meeting and, if need be, increase the frequency of my attendance so that I will be able to absorb the experiences of others and be vividly reminded that I am still an alcoholic. Hence, action follows the dream.

One may wax philosophical about the interpretation of dreams and even view those portending events. Whatever are the inner and psychic meanings of dreams, dreams are part of the human experience. In fact, many other animals dream. If so many species have dreams, these dreams must perform valuable functions. Dreams are a normal way minds process recent experiences, past memories and inner stimulations. Drinking dreams are but part of the same workings of the unconscious mind as are all other dreams and, therefore, also normal and restorative for the body. This is the way I view drinking dreams. Thus, if I have a drinking dream I do not fret about it but take action. Since I have recently had a drinking dream, that evening I went to a recovery group meeting, very briefly mentioned its occurrence, and left feeling more centered.

Trigger was also the name of Roy Rodgers stead. I had a “drunk dream” at 13 yrs clean, as to the possible trigger that is a horse of a different color.

I wish I could tell you it was at a time when I was hungry, angry, lonely or tired, in fear or had an excessive amount of anxiety. Alas I can not, I think its like to what I like to call the U.F.T the Unidentified Flying Thirst, It comes without provocation or invitation and only stays as long as I fail to take action to dismiss the pesky and unwanted guest. The longer he stands at the portal the more reasonable he becomes and he is after all, quite the charmer.

In my subconscious where all bets are off perhaps a rebellion to the goody two shoes of a new found spirituality, perhaps a need or a bleed for the ease and comfort that precedes the  first drink, perhaps a longing back to the familiarity of hell where I knew the location of all the  dim night light switches, along with the all to familiar sound of the nerve jangling door bell.

Upon awakening in that dusky twilight between worlds I was met by guilt, shame and a sense of betrayal. It lingered more than I would have expected as the thought of calling my sponsor and contemplating getting a desire chip was quickly dismissed. One fellow said his remorse was the whole of a live long day (I think he was a fisherman with a swell tale to tell)

And after all is said nothing was done and it was only a dream, perhaps a wake up call to get into service, perhaps a share for the new man so he knows what to expect perhaps just a dream and a reminder of the days of future passed.

Posted in Blog, Featured, For Sponsors | Leave a response